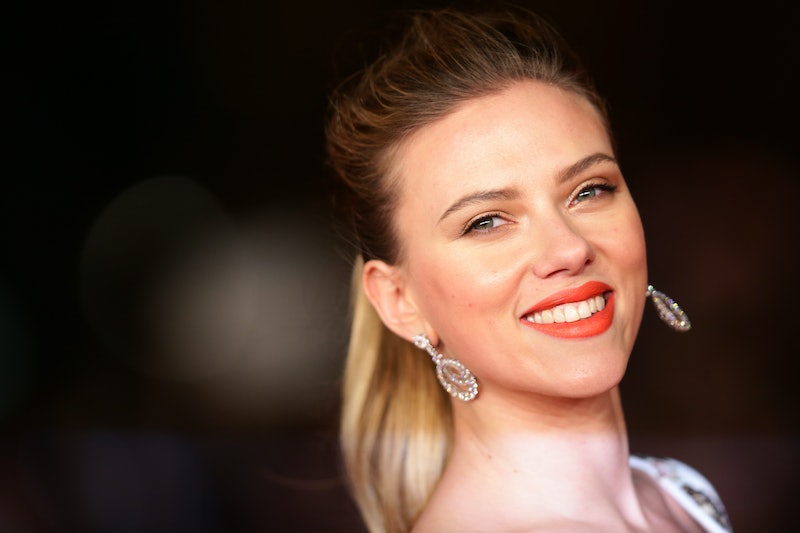 New year, same whitewashing Hollywood: it was reported on Monday that Scarlett Johansson will star in a live-action version of the Japanese anime graphic novels Ghost in the Shell. The actress will play the main role of Motoko Kusanagi, "the cyborg leader in a division of the Japanese National Public Safety Commission." Naturally, any person of color and especially fans of the series bristled at the fact that a white actress is going to be playing what is SUPPOSED to be Japanese character. At this point it's like, "Really?!"

Hollywood was JUST slammed for its unapologetically whitewashed Exodus: Gods and Kings, to which director Ridley Scott basically explained away as "I don't care, white actors get more money." Charming, really. And now Ghost in the Shell call to mind M. Night Shyamalan's The Last Airbender, another adaptation of a series in which all of the characters were Asian or Inuit but cast as white. The film got panned by critics and was heavily boycotted, especially by readers of the site Racebending.

The blog Angry Asian Man summed up the problem with the casting quite nicely:

Will the movie be set in future Japan? Probably not. Will Scarlett Johnasson's super-cyborg cop character be named "Motoko Kusanagi"? I doubt it. I'm sure they'll find a way to conveniently scrub out these elements.

So yeah, they're whitewashing Ghost in the Shell. This was inevitable, and nothing really new. Hollywood continues to hammer away at iconic Asian properties and westernizes the hell out of them, routinely swapping out Asian faces with white ones. That's just the business of Hollywood, usually with lackluster results. If you're going to do it, you could at least try to do it well.

Twitter users, of course, weighed in on the questionable casting: