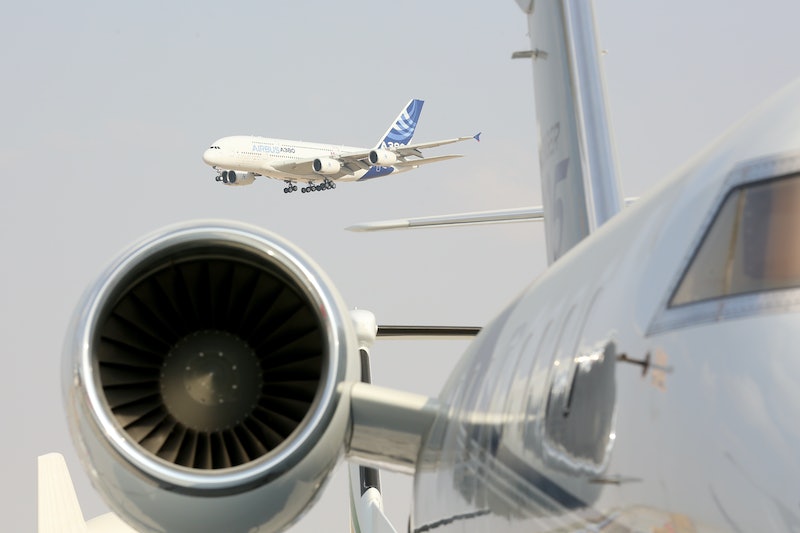 Despite the fact that airline accidents are relatively uncommon compared to road accidents and other everyday hazards of being a human, a lot of people have a genuine fear of flying, a fear that has only been further fueled by the catastrophic and sensationalized airline accidents in the past year. Is it really possible that the new All Nippon Airlines app could ease your fear of flying? That is what the airline is claiming, after doing extensive studies on the behaviors and psychology of frightened airline passengers and applying the research to an app that will supposedly ease in-flight fear, specifically during take-off and landing.

The inspiration for the new app comes from the FAA's decision to ease up on cell phone restrictions on flights, which means passengers will be able to use the app without any issues from the flight crew. The app itself incorporates a distracting game that has ambient noise playing in the background, in hopes that the focus the game requires and the calm of the noise will stave off passenger fear. What's cool about the app is that it can actually tell when the flight is taking off and landing based on noise frequencies, so you don't have to alert it yourself. Here is some footage of an actual passenger using the app for the first time:

An author from Fast Company used the app, though, and had mixed results: the writer said that rather than distract the passenger during the most anxious moments of the flight, the game actually paused and showed a takeoff animation when the plane was set to leave the ground, which, if anything, just reminded her even further that takeoff was imminent (the exact opposite of what the app is trying to achieve). She also reported that it quickly resulted in motion sickness once the plane left the ground.

The app is free, so there's no reason not to try it out for yourself—but I'd be careful before you rely too heavily on it, because it doesn't seem to work for all nervous flyers.