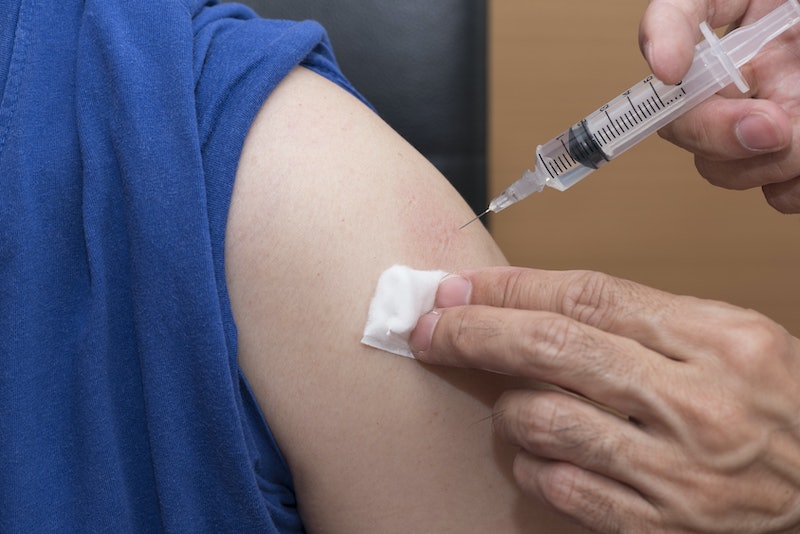 "The growing incidence in oropharyngeal cancer has been largely attributed to the sexual revolution of the 1960s and 1970s, which led to an increased transmission of high-risk HPV," said lead study author Farzan Siddiqui, a radiation oncologist at Detroit's Henry Ford Hospital. HPV is the most common sexually transmitted infection in the United States, and it can be spread through both vaginal and oral sex.

A 2010 study found that oral sex causes more cases of oral cancer than smoking cigarettes, because of its ability to transmit the HPV virus. HPV is perhaps most well-known for causing cervical cancer in women, but its role in mouth, head, neck and throat cancers shouldn't be overlooked (as Michael Douglas reminded us earlier this summer).

In this most recent study, doctors found a 113 percent increase in oropharyngeal cancers in young Caucasians between 1973 and 2009. There is a bright spot: The rates of these cancers in African Americans declined 52 percent during this time period. But it's somewhat marred by the fact that African Americans who did get these cancers had significantly poorer survival rates.

The American Cancer Society estimates that 36,000 Americans will get oral cavity and oropharyngeal cancers this year, and some 6,850 of them will die.

I'm not suggesting anybody cut back on giving or receiving head, but consider all of this a reminder to at least consider getting the HPV vaccine if you haven't, and using protection even during oral sex. Not only can it curb cervical cancer risk, but it can also protect your mouth, tongue and throat. And if you're already a coffee drinker, keep at it: A 2011 study from the American Cancer Society found people who drank four or more cups of (caffeinated) coffee per day cut their risk of dying from oral cancers nearly in half.