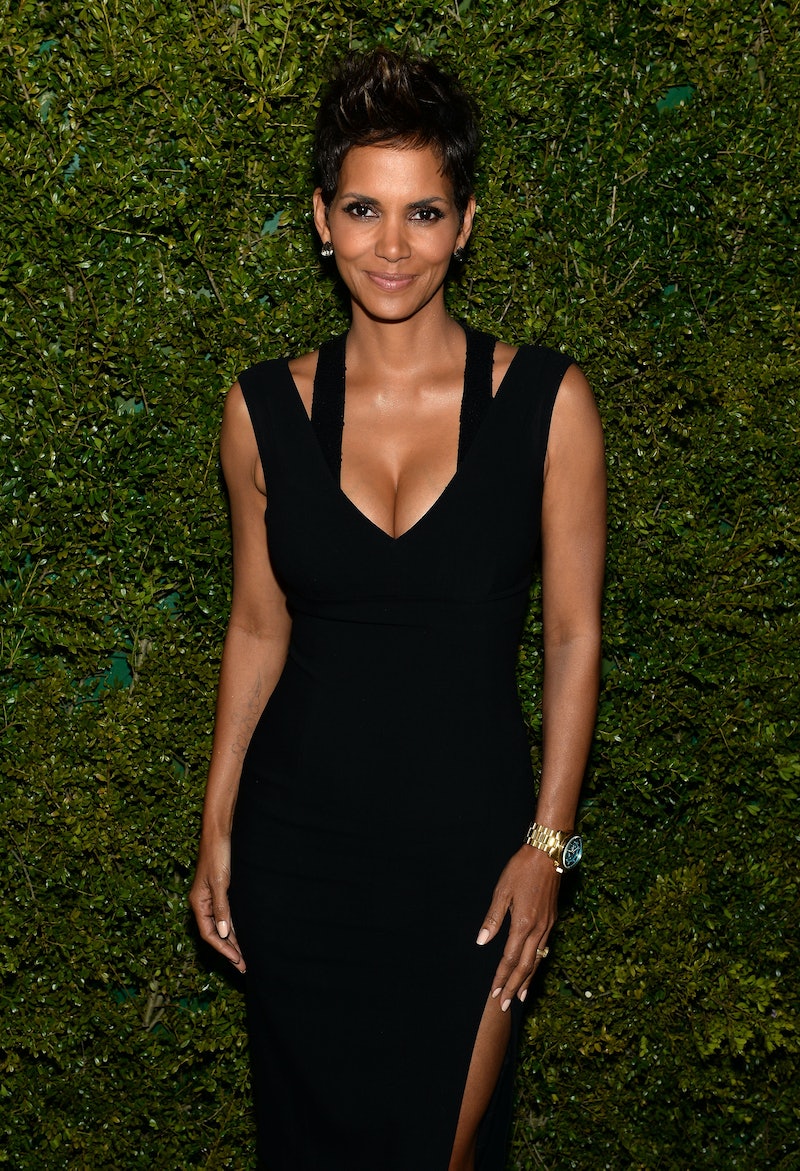 California kids are on a winning streak this week: Gov. Jerry Brown signed a law Tuesday meant to protect Hollywood's children from paparazzi — and these underserved celebrity kicks have Halle Berry to thank. The Paparazzi Harassment Deterrent Bill makes it a misdemeanor to try to photograph or video a child in a harassing way, if the image is being taken because the parent of the child is a celebrity or a public official.

"We're moms here who are just trying to protect our children," Berry said in her testimony. "These are little innocent children who didn't ask to be celebrities. They didn't ask to be thrown into this game and they don't have the wherewithal to process what's happening. We don't have a law in place to protect them from this."

"[This] is when, as a mother, I have to stand up for the rights of my children,” she added. “There is inherent danger to paparazzi’s action in regard to children.”

According to a statement on bill author Sen. Kevin de León's website, the legislation came about when de León met with Berry, who has one daughter and is expecting another child. Berry was concerned about what kind of defense her kids would have against paparazzi.

Berry stayed a part of the legislative process and recruited the Screen Actors Guild and other celebrity parents to lend support to the bill. One mom was actress Jennifer Garner, who with Berry, testified before Senate committees.

"In the course of our ordinary day – trips to school, pediatrician, ballet or the grocery store – paparazzi swarm," Garner said during testimony in August. "Large aggressive men swarm us causing a mob scene, yelling, jockeying for a position, crowding around the kids ... My four-year-old says, 'Why do these men never smile? Why do they never go away? Why are they always with us?'"

The law, which takes effect Jan. 1, increases previous penalties for paparazzi/photo harassment. This legislation allows for up to one year in jail and a fine of $1,000.

“Kids shouldn’t be tabloid fodder nor the target of ongoing harassment,” de León said in a statement. “SB 606 will give children, no matter who their parents are, protection from harassers who go to extremes to turn a buck.”

Oh Suri. What are you going to do with your burn book now?