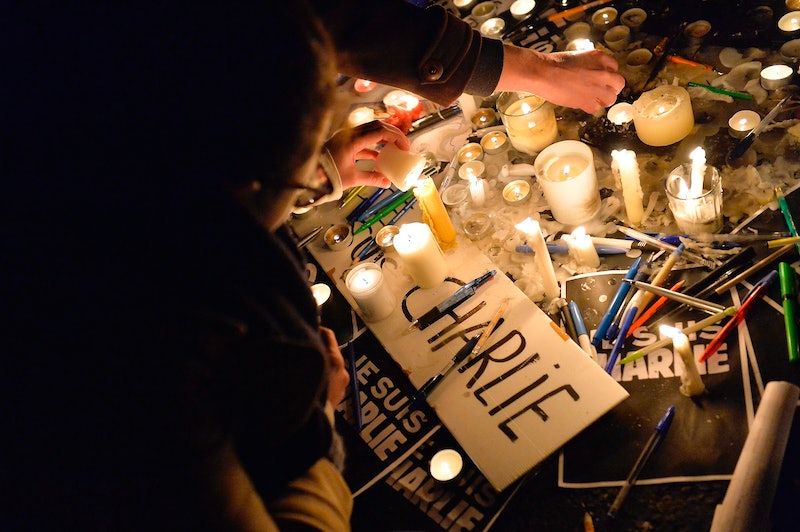 In tragic international news, 12 people have been shot and killed at the Paris headquarters of the satirical magazine Charlie Hebdo . Among those lost were journalists, cartoonists, editors, and police. The attack occurred during a regular meeting when gunmen burst through the office. One survivor stated that the attackers announced that they were from al-Qaeda. Sadly, this was not the first time Charlie Hebdo has been attacked. In 2011, the magazine was firebombed for making a caricature of the prophet Muhammad. Since the shooting, protests have erupted throughout France and a memorial full of candles and pens was placed at the headquarters.

The reaction to the attack has been both somber and full of anger. President Barack Obama remarked,"France, and the great city of Paris where this outrageous attack took place, offer the world a timeless example that will endure well beyond the hateful vision of these killers. We are in touch with French officials and I have directed my Administration to provide any assistance needed to help bring these terrorists to justice."

Many members of the media, including many actors, writers, and public figures have reacted very strongly to the attacks as it is seen as an attack on creative freedom and the right to free speech. Take a look at how Hollywood feels about the Paris shooting:

More like this
How To Fight For Reproductive Rights, Based On How Much Time You Have
By Courtney Young
Windrush Victims Are Still Waiting For Compensation
By Sam Ramsden
The Families Of Grenfell Tower Are Still Waiting For Justice, Five Years On
By Bustle UK
Eurovision 2023 *Might* Be Held In The UK
By Sam Ramsden and Rachel Mantock
Get Even More From Bustle — Sign Up For The Newsletter