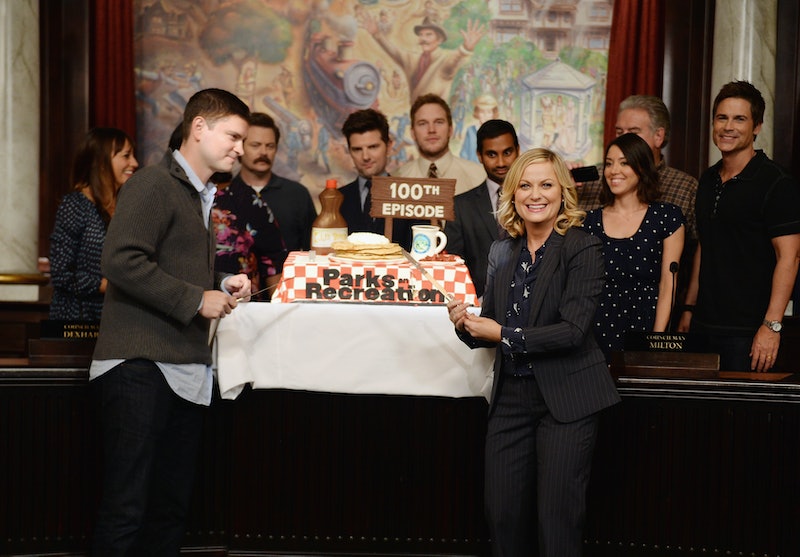 I've said it before and I'll say it again: I honestly do not know how I'm going to accept that Parks and Recreation is ending after season 7 on NBC. I definitely haven't deeply processed this information in my mind, but I know I'm going to have to soon — especially with season 7 of the series set to premiere very, very soon, as in this month on January 13. It's a show that's brought so much joy, happiness, catchphrases, and laughter! It deserves to go on to season 100, if possible!

But, sadly, human beings with careers and a life make this show, so, like all things, it must end at some point. At the very least, we do still have all of season 7 (which will consist of 13 hour-long episodes instead of the standard 22 half-hour episodes) to look forward to, and, based off of the various promos, clips, and spoilers that NBC has already released about the new episodes, it looks like it's going to be just as amazing as seasons 1 to 6 have been. But, really, can we ever expect any less from this glorious show?

So, what exactly do we have to look forward to when season 7 premieres? For starters, NBC's newest promos give us a very good idea of the final season's general atmosphere:

(Not going to lie, I maybe teared up a bit at that one.)

Specifically, though, here are the major things to know before season 7 premieres on Jan. 13:

The episodes will be set in 2017, reflecting season 6's cliffhanger time jump — but we will get flashbacks to 2015, so don't worry about gaps in the story.

Ugh, why is this show ending again? IT'S TOO GOOD TO EVER END! (Clearly, I'm still having trouble letting go — yes, I know.)

Remember, season 7 of Parks and Recreation will premiere on NBC on Jan. 13.