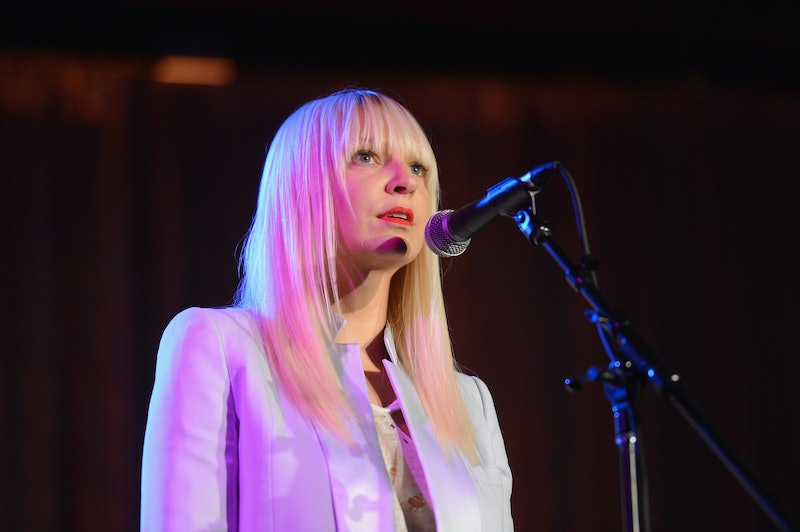 While you were watching the latest creative offering from "Chandelier" singer Sia, you might have found yourself a little confused. No, not just by the fact that Shia LaBeouf was in "Elastic Heart" for some strange reason, but by the video as a whole. After all, it features LaBeouf engaging in some cage dancing with Dance Moms star Maddie Ziegler — who is 12 years old and was wearing a flesh-colored leotard for the entire video. The sight of the 28 year old former Disney star dancing so intensely (and occasionally intimately) with a child had people complaining about the pedophilic undertones, forcing Sia to address the controversy with an apology of sorts.

To be honest, I find nine out of every ten celebrity apologies lacking, and that was no different here. Sia subscribes to a similar apology school as Nicki Minaj, who infamously had to apologize for Nazi imagery in her lyric video for her single "Only." Essentially, what it boils down to is that she was trying to produce artistic content and didn't mean for us to get all upset about it, you know? I'm paraphrasing Sia's apology, of course, but the fact of the matter is that it's incredibly easy to take the singer's words in the wrong way.

I was ready to do the world's most massive eye roll and move on with my life until I got to that last tweet. In the conclusion to her apology, Sia uses a very important word when it comes to a situation like this. She apologizes specifically to those who felt "triggered" by the content of the video, which I think is the best thing that she could do in this situation. After all, the fact that a grown man and a small child are dressed in flesh-colored leotards and performing an interpretive dance leaves the whole thing open to, well, interpretation. And Sia has no control over how people choose to interpret her work, which is likely why she put "Elastic Heart" out there even though she guessed correctly that some people might find some pedophilic undertones present in the video.

However, the fact that she apologizes to those who were triggered by the video — those who saw her video and were reminded of a traumatic or stressful event — says something different. It says that she won't apologize to critics or people who are finding fault with the video simply to find fault with the video, or who didn't get what she was trying to do artistically. She owes her apology to no one but the people who were psychologically or emotionally troubled by the content they saw there, because the emotional health and safety of her fans is more important to her than an artistic statement. All art is open to criticism, but Sia never meant to actually harm anyone.

And that's what makes this all OK in my book. Can you interpret pedophilic undertones in Sia's "Elastic Heart?" Uh, yeah. Should she be sorry about it? Not really. The video was neither overtly sexual, nor were the undertones deliberately there. Sia was making art, you guys, and she didn't mean for us to get all upset about it, you know? Sarcasm aside, as far as celebrity apologies go, Sia's was pretty high on my list of addressing what matters and explaining her own position well.