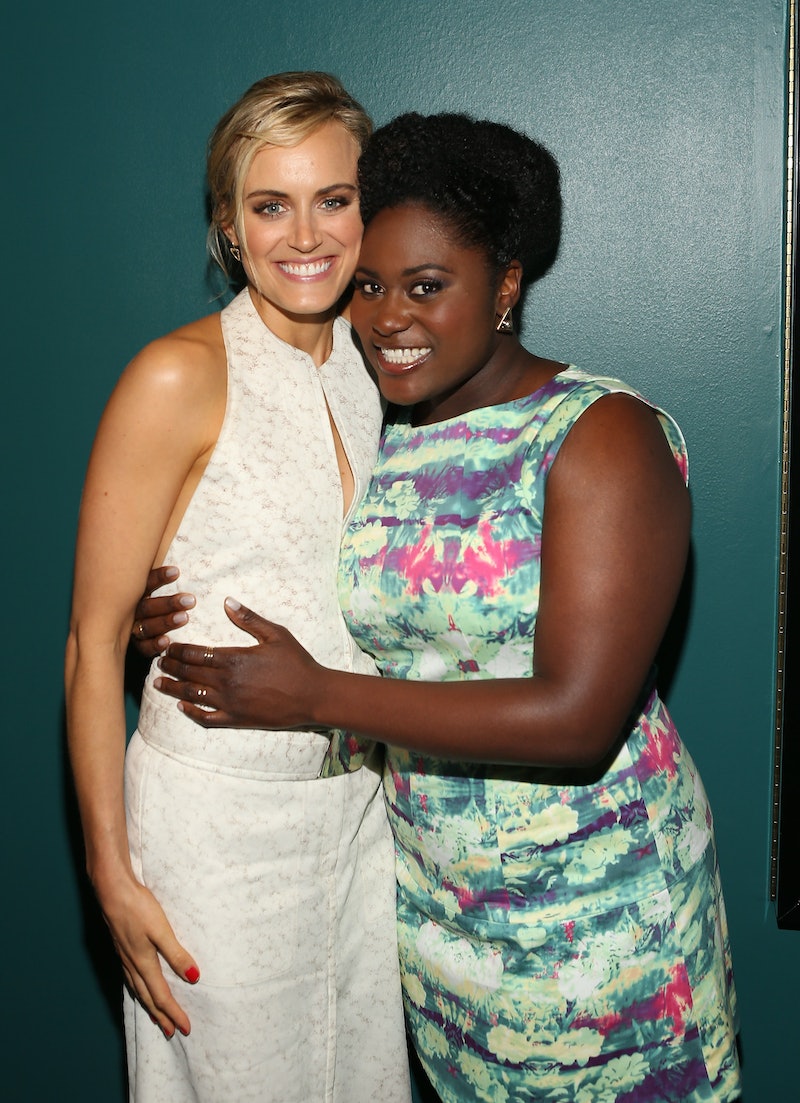 Netflix's newest original programming sensation, Orange Is the New Black , had an open Q&A session with its cast over Twitter today. And it only confirmed what we already know: the cast is adorable. Of course, the cast had to keep mum about what's going on in Season 2, so they didn't discuss why Laura Prepon will only be returning to the show as Alex Vause for one episode, and they didn't confirm if the shipping between Tastee and Poussey is real or just wishful thinking.

But, we did get some social media PDA from all the OITNB cast. And while the Twitter chat was a pretty smooth PR move, these ladies' (and fellas') friendships seem genuine.

So while you're waiting oh-so-patiently for Season 2, revel in the cuteness that is the cast of Orange Is the New Black. Forget about the last episode that left next season in a realm of uncertainty. Forget that the show is even about a women's prison. Forget that you don't have any cool friends on a Netflix television show. J

Danielle Brooks and Samira Wiley can only hint at Tastee and Poussey's relationship in Season 2...

But they'll stay friends, on camera and off:

Nicky doesn't take shit, and neither does Natasha Lyonne (from Jason Biggs, no less):

Matt McGrory will be taking on another role in Season 2:

Jason Biggs and Pablo Schreiber might be a little too close:

And Laverne Cox says what we've all been thinking:

BONUS: Photos of the cast hanging out at the Emmys