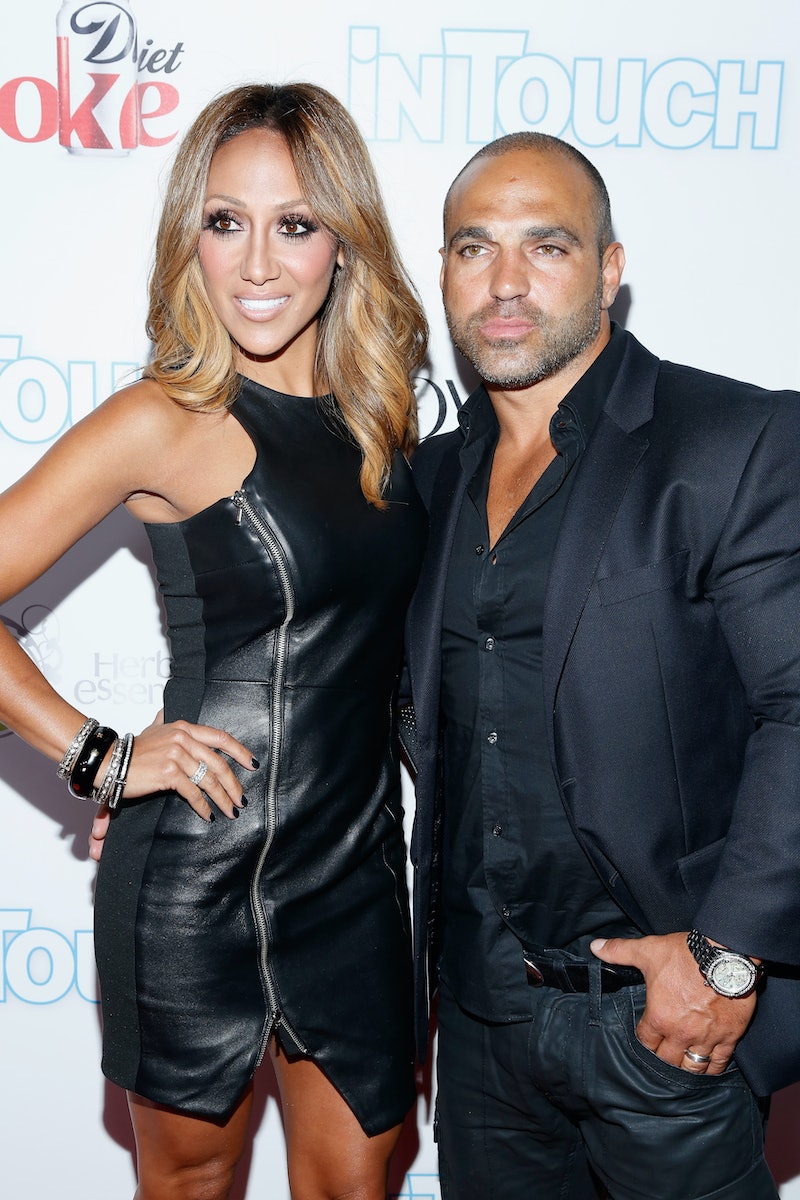 If you're not a Real Housewives of New Jersey fan, you may not be aware of the shit-storm currently surrounding star Melissa Gorga as a result her new book, Love: Italian Style. Here's why you should be, though: The book is a completely misogynistic piece of trash, and that's putting it lightly. Since its release, the book has been receiving a ton of criticism for its content, which includes suggesting that married women like to be forced into sex by their husbands even if they've said no, and saying that women shouldn't poop when their husbands are home or awake because "girls don't poop." SCIENCE. As a result, RHONJ's Melissa Gorga has fired back at her critics and is claiming that her book isn't misogynistic — even though they're all right and her book actually is misogynistic.

In fact, I never thought I'd be saying this, but this book is even worse than her music.

It all began when Tracie Egan Morrissey over at Jezebel published an article quoting problematic and just plain shocking excerpts from Gorga's book, including the passage that promotes marital rape and a passage about how her husband, Joe, will get mad at her if she's not home with dinner waiting on the table when he gets home from work. One passage, as an example:

Men, I know you think your woman isn't the type who wants to be taken. But trust me, she is. Every girl wants to get her hair pulled once in a while. If your wife says "no," turn her around, and rip her clothes off. She wants to be dominated.

Women don't realize how easy men are. Just give us what we want.

Morrissey writes, after: "That is rape and it is insane that it got past the publisher." Amen.

Gorga, of course, took to her Twitter when she wanted to respond:

More than anything, it's sad how problematic the book is and how firmly Gorga seems to believe it isn't. It's troubling that she seems to believe this is how a marriage should be, and that she was given a platform to share her views.