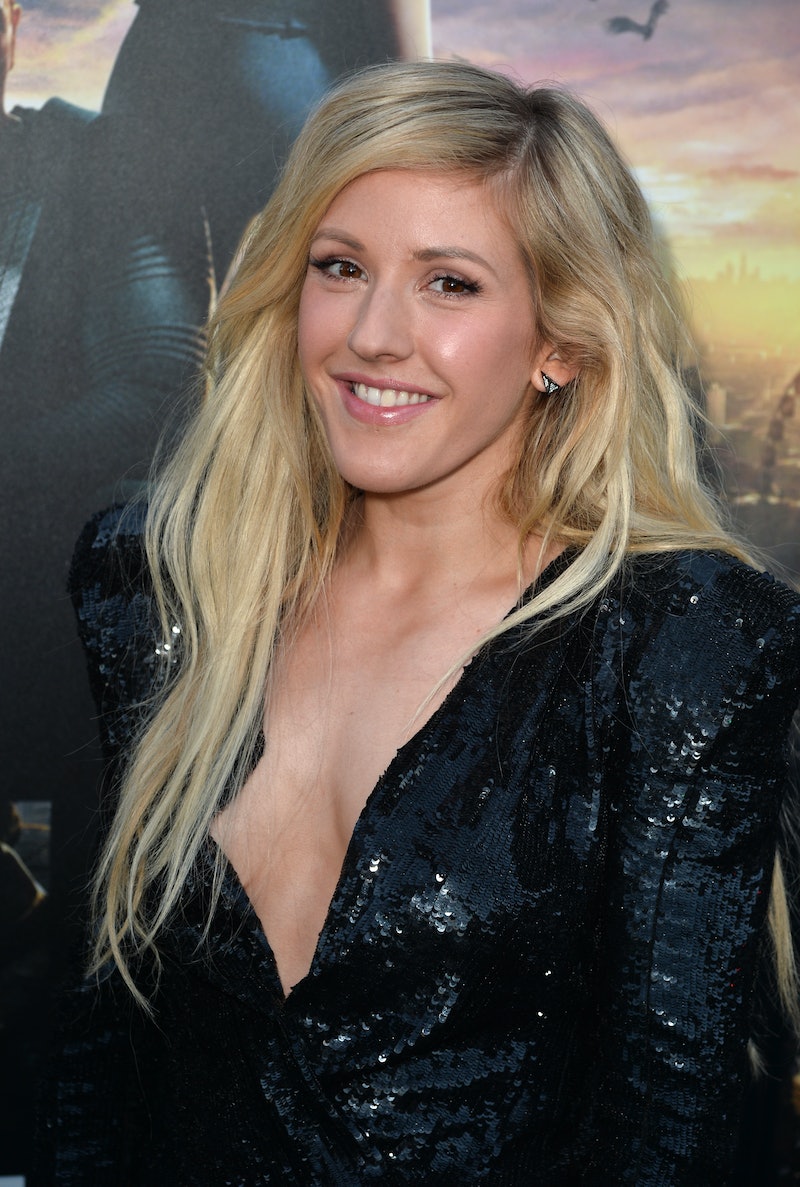 On Wednesday, British pop singer Ellie Goulding premiered "Love Me Like You Do," a sweeping, sensual, and surprisingly sweet love ballad that will be featured on the upcoming Fifty Shades of Grey movie soundtrack. Admittedly, I haven't read "Fifty Shades of Grey" in its entirety (I found it kind of boring, to be honest), but "Love Me Like You Do" isn't exactly the kind of song I was expecting to hear for the film. I mean, have you listened Beyoncé's breathless new version of "Crazy In Love" that plays during the trailer? It makes me blush! By comparison, "Love Me Like You Do," aided by Goulding's soft, almost angelic vocals, takes a much more subtle approach to Christian Grey's tantalizing world of BDSM (though, of course, the lyrics are still pretty sexy). As I said, it's definitely unexpected — but it really works.

Rather fittingly, "Love Me Like You Do," which was co-written by pop music genius Max Martin and Swedish newcomer Tove Lo ("Habits"), builds slowly to a satisfying auditory climax (sorry, I couldn't resist). For example, the first chorus is relatively unassuming, but when it comes around the second time, it's been totally transformed into an explosive and triumphant musical event (complete with backing vocals from what sounds like an entire church choir). It's quite something, I assure you. On the song's opening verse and pre-chorus, Goulding sings:

You're the light, you're the night

You're the color of my blood

You're the cure, you're the pain

You're the only thing I wanna touch

Never knew that it could mean so much (so much)

You're the fear, I don't care

'Cause I've never been so high

Let me take you past the satellites

You can see the world you've brought to life (to life)

I'll let you set the pace

'Cause I'm not thinking straight

My head's spinning around, I can't see clear no more

A few more words on "Love Me Like You Do's" brilliant refrain: It's soaring. It's infectious. It'll make you feel good about life and love (and possibly about S&M, too — who knows!). Behold:

If the rest of the original songs on the Fifty Shades of Grey soundtrack are even half as good as "Love Me Like You Do," I might just have to buy it when it comes out on Feb. 10!

"Love Me Like You Do" is available on iTunes now.