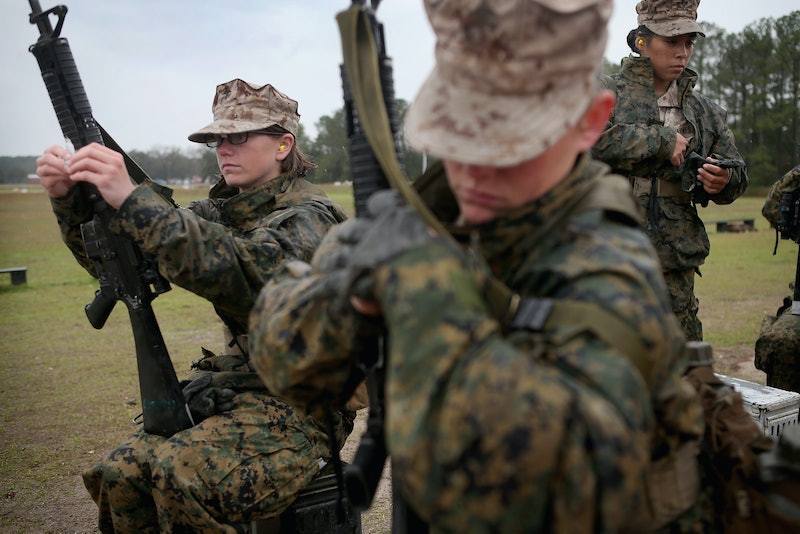 The military is prepared to begin eliminating the remaining barriers that prevent women from holding combat and special forces jobs near the front lines. Last January, the military issued an order that lifted the last barrier to women serving in combat that opened up about 14,500 positions to women, primarily in the Army. However, around 240,000 military jobs remain closed to women. The new plans would give women access to a number of these positions.

The AP obtained details of the plans, which include women beginning to train as Army Rangers by mid-2015 and as Navy SEALS a year later. The schedule for female integration also includes reviewing and possibly modifying the physical and mental standards for men and women to qualify for certain front line positions.

Last January's order signed by then-Defense Secretary Leon Panetta and Joint Chiefs of Staff Chairman Gen. Martin Dempsey bans physical standards from being lowered only to allow women to qualify for front line positions, but the military is reevaluating and potentially revising standards like strength and stamina for many jobs in order to set new minimum requirements for troops, regardless of sex.

The plans arrive at a time when both the military and the government are making efforts to reduce the rising rate of sexual assault in the armed forces. Earlier this year, Dempsey voiced hope that, because the current disparity between male and female roles creates separate classes of personnel and can result in a mindset that leads to disrespect for women, removing the ban on women in combat could be a positive step toward reducing the rate.

Let's hope so. In the meantime, we applaud the military's decision. Women have unofficially been serving in combat roles throughout the conflicts in Iraq and Afghanistan and adapting to this change is a critical step toward gender equality for an important United States institution.