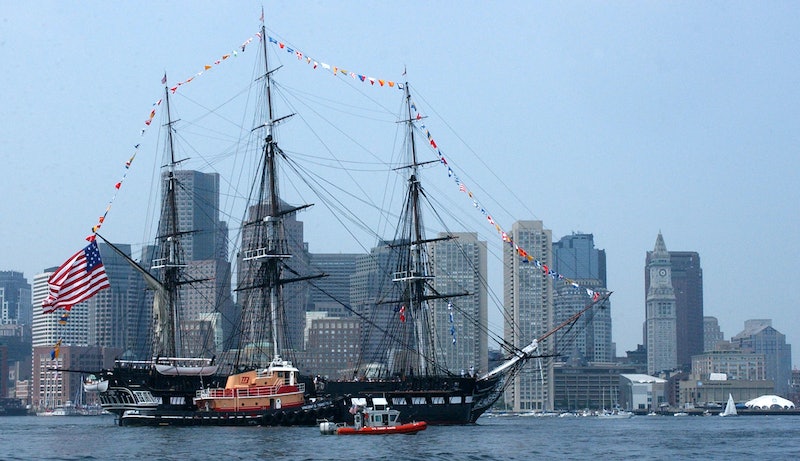 There is pretty much nothing Bostonians like more than being the underdogs. We've always had a little bit of an inferiority complex, especially when it comes to New York, so we put on a brave front, and work twice as hard to be just as good. Until a few years ago, our sports teams sucked, and our harbor was filthy. Boston was a wicked awesome city, but didn't have a whole lot going on. So almost no one (Bustle included!) thought Boston could win the Olympic bid; too small, too old, too little name recognition.

But of course, since everyone had counted them out, Boston was named the U.S. Olympic committee's pick to host the 2024 summer games.

Look, I love Boston. I cheer the Red Sox every summer, no matter how difficult they make it. But I have to admit: this has me surprised (or as we say in Beantown, "wicked" surprised). And I'm not the only one. The Associated Press outlines some of the challenges:

... many Olympic insiders across both oceans considered San Francisco the sexiest choice and didn't know nearly as much about Boston, which actually has a lot of the same qualities as the Bay Area. So, there was some head scratching going on when the pick was made...

If you are from Boston, or have spent any amount of time there, you will instantly understand why a Dunkin' Donuts-themed logo design is appropriate: You can't drive more than 500 feet in the Greater Boston area, or most of New England. without running into a Dunkin' Donuts. We're weird that way.

Boston is many things: an international melting pot, home of a great college scene and wicked awesome food, and the site of many historic events. It is also a traffic nightmare, with a healthy disdain for visitors, particularly those from New York, and a road system designed to induce insanity:

Bustle wrote about the things Boston lacks that it would need to host the summer games in 2024:

According to a special report from the Massachusetts State Legislature, Boston would need to build an Olympic village, an Olympic stadium, an aquatics center, and a velodrome.

Where are they going to put all of those things? I can't even imagine.

No joke, this is how they drive during rush hour on Route 128 (Boston's version of the Beltway):

Seriously. Cars are allowed on the shoulder of the road (which Bostonians call the "breakdown lane).

Could Boston rise to the occasion? Yeah, it usually does. But a lot of people from all over the world crammed into one of the nation's oldest cities? Eh, maybe pahk that cah somewhere else. I love that dirty water, Boston. Just not sure we need to share it with so many people.

More like this
The Lionesses Are Calling For Equal Access To Football In Schools
By Sophie McEvoy
The Spice Girls & Adele Lead Girl Power Celebrations For Lionesses’ Euros Win
By Sophie McEvoy
25 Things I've Reduced My Life To, In Addition To WFH In My PJs
By Ginny Hogan
The 12 Best US Open Tennis Outfits Of All Time
By Avery Matera and Dominique Norman
Get Even More From Bustle — Sign Up For The Newsletter