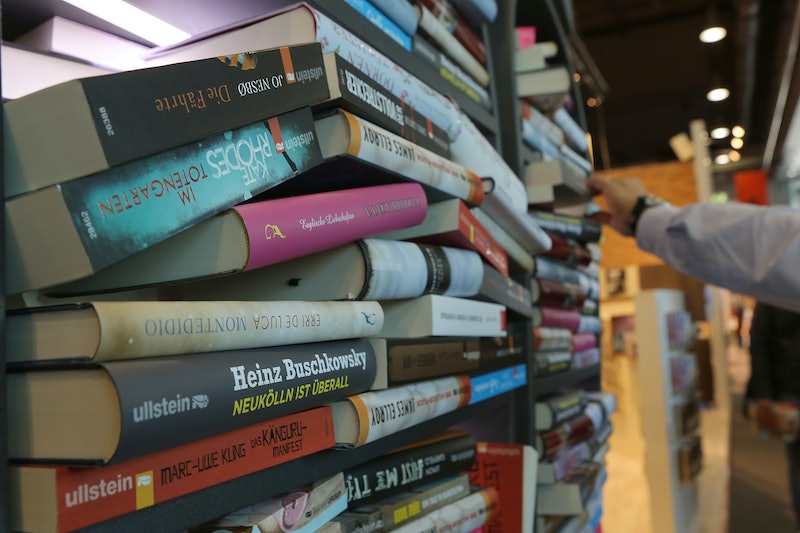 For the most part, hackers really scare me. Which makes sense, because hackers are smart, sometimes bearing malicious intentions, and utilize technology that I don't understand and therefore would be, even in theory, unable to stop. So they scare me. However, sometimes hackers can be kind of awesome. Last week, someone hacked into a digital traffic sign in downtown Los Angeles. They changed the test to: "READ A FUCKING BOOK." Well done, sir or lady. Urban interventionists with positive messages FTW.

It's still unknown who "vandalized" the street sign near the Bunker Hill neighborhood, nor is it understood why they did it, but I'm guessing it's not more complicated than thinking it was a simple and worthwhile message to put out there. Maybe this person is a teacher! Maybe they went on a really awful date and had to leave early because the person they were grabbing dinner with told them they hadn't read anything since 11th grade! Maybe they made a really funny Thomas Pynchon joke and all of their friends and co-workers just stared at them blankly. Or maybe this person just felt like being a little naughty. We might never know, and that's probably OK.

For now, let's just appreciate the profound wisdom this literary hacker presented us with. And let's also go read a fucking book.

More like this
15 Ways To Tell Someone Was Just Talking Behind Your Back
By Carolyn Steber
Kris Jenner’s Advice For Kim Kardashian Is Going Viral On TikTok
By Courtney Young
The Viral TikTok “30,000” Sound Fits Nearly Every Scenario
By Courtney Young
Meet The Disney Imagineer Bringing 'Guardians Of The Galaxy' To Epcot
By Charlie Mock
Get Even More From Bustle — Sign Up For The Newsletter