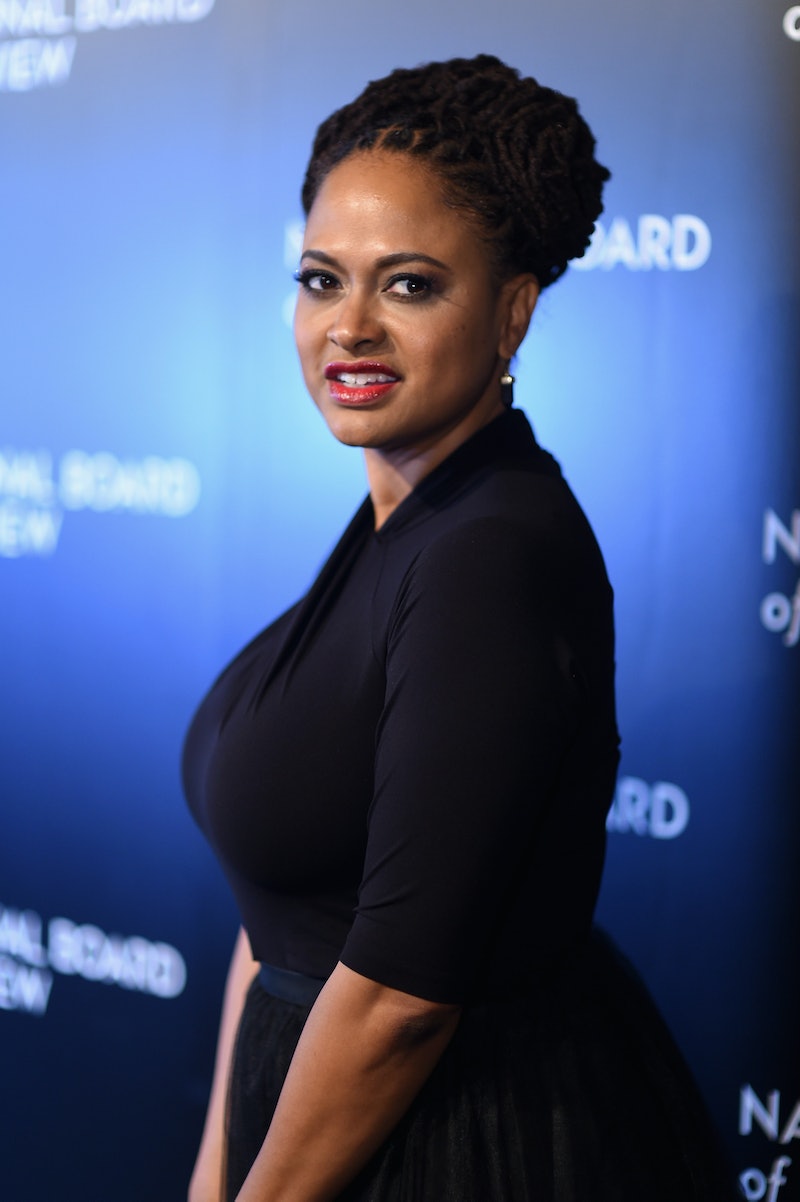 The Oscar Nominees were announced Thursday morning, and as always I was on the lookout for female filmmakers getting recognized. How are women represented in this year's Oscar Nominees? Not well! There are zero women nominated for Original Screenplay, Adapted Screenplay, Cinematography, or Director. The awards season leading up to the Academy's announcement has been a bit of a roller coaster, filled with hopeful news. Both Gillian Flynn and Nicole Perlman were nominated for Writer's Guild Awards for Best Adapted Screenplay. On the other hand, Selma, directed by Ava DuVernay, was almost completely shut out of the Golden Globes. Then, there were no women nominated for the Director's Guild Award. While many of the teams for the films represented by the DGA nominations include female production managers and second assistant directors, none of them are helmed by women.

Feminism should always be intersectional, and therefore it is worth noting that all of the nominees for Best Actress and Best Supporting Actress are white women. How do we expect to get better representation in film if these categories don't become more inclusive as well? The prestige of even an Academy Award nomination could lead to more work in Hollywood, just look at how successful Jennifer Lawrence and Lupita Nyong'o have been after their respective wins. The general lack of roles for women of color does lead to fewer nominations, but when performances like Gugu Mbatha-Raw's in Beyond The Lights are snubbed, it hurts all the more.

It's not all doom and gloom. There are a few women nominated in the teams for Sound Editing and Visual Effects. Rosamund Pike, Julianne Moore, and Reese Witherspoon were nominated for roles created by female storytellers, which is important in its own right. Other than that, here's what to look forward to and what was snubbed at this year's Academy Awards nominations in terms of women in film.

It was expected, for a while, that Ava DuVernay would become the first Black female director to be nominated for an Academy Award. Angelina Jolie's directorial work on Unbroken was ignored as well, and I was even hoping that Amma Asante would pull some recognition for Belle. I dream a lot.

It's not even worth splitting this into two categories, because there were zero female screenwriters nominated for Academy Awards this year. The snubs include Gillian Flynn's adapted screenplay for Gone Girl and the all female team behind Obvious Child. This is incredibly disheartening.

There was one woman in this category, Sandra Adair for Boyhood. She has a real chance at a win too, considering that the film is comprised of 12 years of footage. That's a lot of editing to do. A lot of editors go on to become directors, so be on the lookout for Adair!

Both Suzie Davies for Mr. Turner and Maria Djurkovic for The Imitation Game were nominated in this category. This is a pretty powerful position in film, so it's awesome that these ladies are being recognized.

These are the only female-dominated category outside of, obviously, Best Actress and Best Supporting Actress. Here we have Colleen Atwood for Into the Woods, Milena Canonero for The Grand Budapest Hotel, Jacqueline Durran for Mr. Turner, and Anna B. Sheppard for Maleficent. For Makeup and Hair, Guardians of the Galaxy's Elizabeth Yianni-Georgiou and The Grand Budapest Hotel's Frances Hannon were two of the six nominees.

Overall, I am disappointed in this year's nominees. I was hoping to bring some good news Thursday morning. Keep supporting women in film, and see you at the Oscars!

More like this
Twitter Is At Odds Over Taylor Swift’s Possible ‘All Too Well’ Oscar Run
By Brad Witter
At 14, Tatiana Maslany Was Obsessing Over Tamagotchis & The Spice Girls
By Gabrielle Bondi
Beyoncé & Madonna’s “Break My Soul” Remix Honors A Group Of Black Icons
By Stephanie Topacio Long
Scotland's First Period Dignity Officer Has Sparked Backlash
By Darshita Goyal
Get Even More From Bustle — Sign Up For The Newsletter