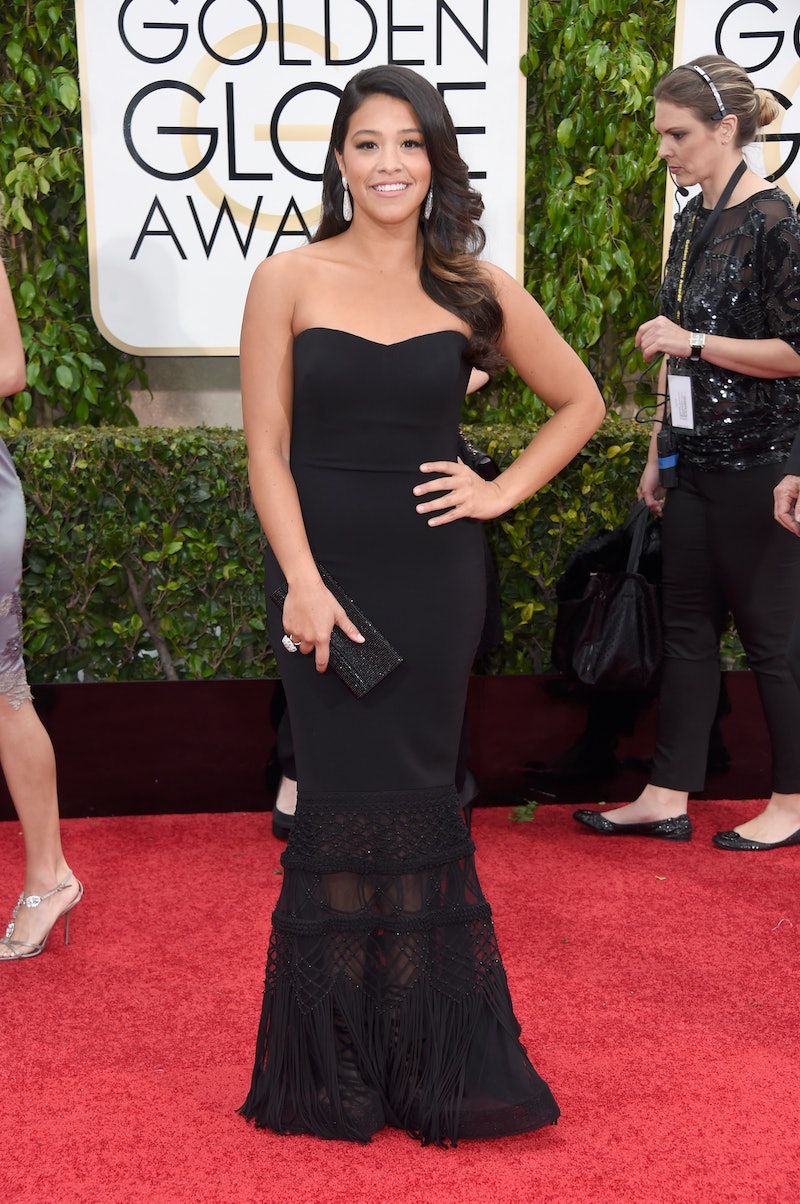 It may not be the biggest award of the night, but the Golden Globes' Best Actress in a TV Series, Musical or Comedy is definitely one of the most highly anticipated categories. Every year, it's filled with talented women from some of our favorite TV shows, and the hilarious nominees often turn the category's presentation into some kind of bit. However this year there was no bit, but the category still came with an amazing surprise when Gina Rodriguez won the Golden Globe for Best Actress in a TV Comedy. This is the 30-year-old actress' first Golden Globe nomination, and to see her win for not just a new series, but a new series on The CW, which often doesn't receive awards nominations, was shocking in all the best possible ways — especially when you consider who she was up against.

The Best Actress in a TV Series, Musical or Comedy nominees were an impressive bunch, including, Girls' Lena Dunham, Nurse Jackie's Edie Falco, Veep's Julia Louis Dreyfus, and Orange Is the New Black's Taylor Schilling. Missing from the nominees this year were the Golden Globes' hosts, Tina Fey and Amy Poehler, making this the first time since 2008 that neither of them was nominated. Fey's series 30 Rock ended in January 2013, so she had no TV comedy to be nominated for. But last year's winner Poehler was just plain snubbed by the HFPA, and considering that her show, Parks and Recreation, is about to enter its final season on NBC, the Globes better not make the same mistake in 2016.

Although after awarding Rodriguez with the prize, the HFPA is definitely on my good side. It's a win not just for Jane the Virgin and The CW, but for diversity among awards recipients. When Rodriguez took the stage to accept her award, brimming with emotion and surprise, she said that the award "represents a culture who wants to see themselves as heroes." That's definitely how everyone watching the Golden Globes saw her on Sunday night.