The time has come when Bravo will finally give us an answer to the Friends to Lovers? question, and two people that are learning that answer better than any of us viewers are Charley Walters and Darion Lowenstein. The friends — possibly lovers, they've got to keep some secrecy — met a little over five years ago, through mutual friends. OK, sounds relatable, right? They hit it off on a cruise with friends, and everything was going great when Charley suggested that perhaps he and Darion take their relationship to the next level — a suggestion we've all wanted to say, at some point, but rarely have the courage to mouth. The story that follows is being documented on Bravo's Friends to Lovers? , where Charley and Darion will live their love lives out for the cameras.

"It's something that everyone can identify with," Darion tells me about the show. "At some point in your life you've been friends with someone, and you think 'What if? What if I went on this date with this friend? And what if it could turn into something more and what could happen?'" It's definitely a relatable concept, after all, as Darion said, we have all probably been in the situation — minus the Bravo cameras, of course.

An example of that awkwardness can be seen on the first date, Charley says his and Darion's first date was "a little bit weirder" than he was expecting. "You immediately have this paradigm shift where you start to see the other person in another light, and even though these qualities that you've gotten to know about somebody, and that you love about somebody, as a friend, sometimes they manifest themselves differently into a relationship." That's where the "obstacles or hurdles" as Charley put them might (or might not) come into play, and that's where the audience is going to become hooked. 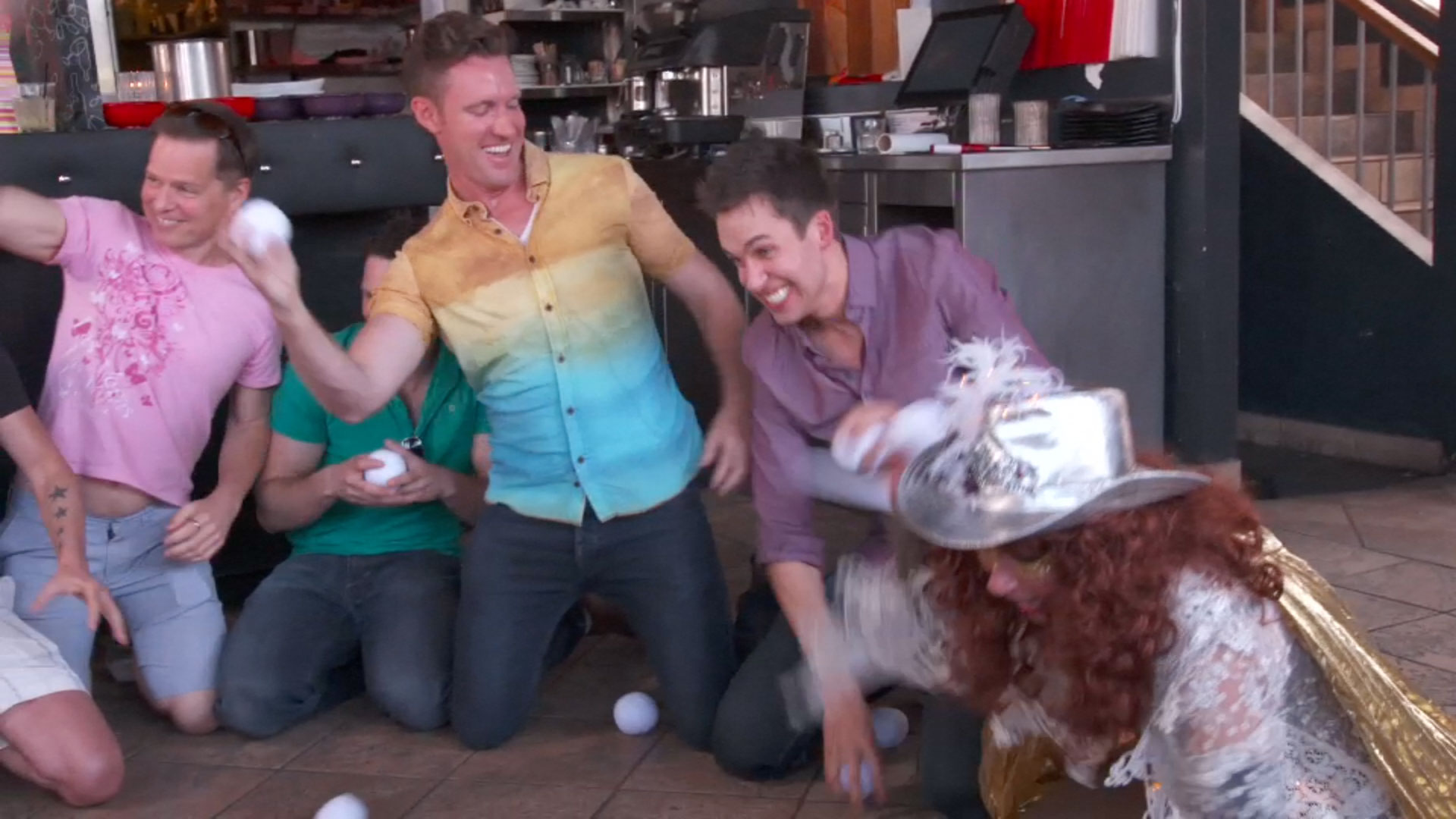 After being close with someone for five years, knowing the other person so intimately might not necessarily translate well into a relationship. "You know where all the skeletons are buried," Darion says. "You know their flaws, you know most of their secrets, you know how they work in a relationship." That knowledge kind of throws the "first date questions" out the window, Darion tells me. "It's really bizarre, it's sort of like you're going on your 10th date, and yet, it's your first."

Adding another level of awkwardness? Doing this all in front of cameras! But in the end, Charley says he is really happy they did the experiment. "Without giving anything away, I think Darion and I grew so much closer in the end, and learned to see each other from another perspective, and I think that's always a great thing." And we'll get to watch the evolution of Charley and Darion's relationship when Friends to Lovers? premieres on Jan. 12 at 10 p.m. on Bravo.