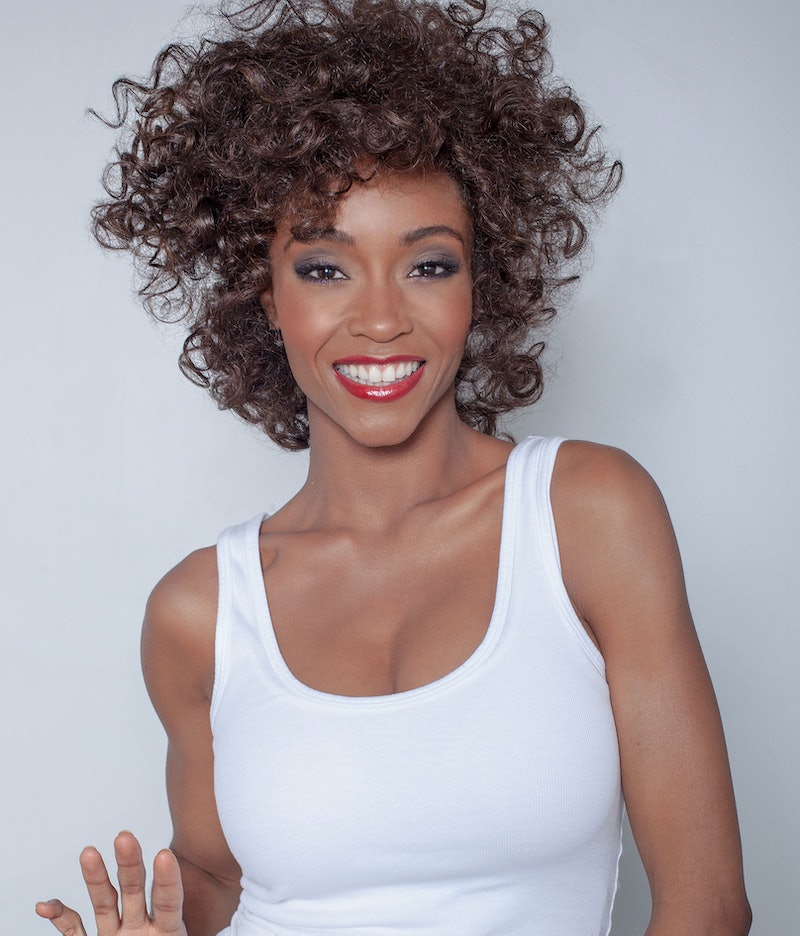 I wanna dance with somebody! Will you always love me? Are you the greatest love of all? I am every woman! Lyrics like these have become iconic thanks to the immensely talented woman who sang them, Whitney Houston. On Saturday, Jan. 17, Lifetime will premiere its Whitney Houston biopic, Whitney . The made-for-TV movie will focus on the legendary singer's life, career, and marriage to Bobby Brown. So, who is playing the titular character? Model and actress Yaya DaCosta should look familiar, because she's no stranger to small screen — or big screen, for that matter.

You probably her recognize for that time she walked the catwalk on reality TV, or probably that time she co-starred with America Ferrera. How about that other time she starred in two huge big screen hits with some of the most talented actors and actresses around? It's safe to say that DaCosta has become quite the success ever since she first appeared on TV.

Now, she's taking her talent to the next level by portraying one of the most well-known singers in history. For those wondering, no, DaCosta doesn't do her own singing. Actually, Deborah Cox will provide the vocals, but that doesn't mean DaCosta won't do a great job taking on the role of Houston. You can get a look at her performance in the trailer below.

Get to know DaCosta even better by taking a look at some of her more popular roles.

She Was a Top Model

DaCosta could smize with the best of them on America's Next Top Model thanks to Tyra Banks. That's right, she got her start on the modeling reality show during Cycle 3. DaCosta did not end up winning her season, but she did come in second place.

She Was Once a Soap Star

In 2008, DaCosta appeared on All My Children as Cassandra Foster, the adopted daughter of Jacob and Angie.

Any Ugly Betty fans out there? Remember Wilhelmina’s (Vanessa Williams) daughter, Nico? DaCosta didn't originate the role, but she did step in and fit in quite nicely with the cast —meaning, her character knew how to scheme just like mommy dearest.

She Starred Alongside Oprah

For those who've seen Lee Daniels' The Butler, you might recall seeing DaCosta as Carol Hammie, a student activist involved in the Civil Rights Movement.

In the Oscar-nominated film The Kids Are All Right, DaCosta portrayed Tanya, one of Paul's (Mark Ruffalo) lovers who also happened to be his employee.

We'll have to wait until Whitney premieres to see how DaCosta's performance stacks up to her past roles.