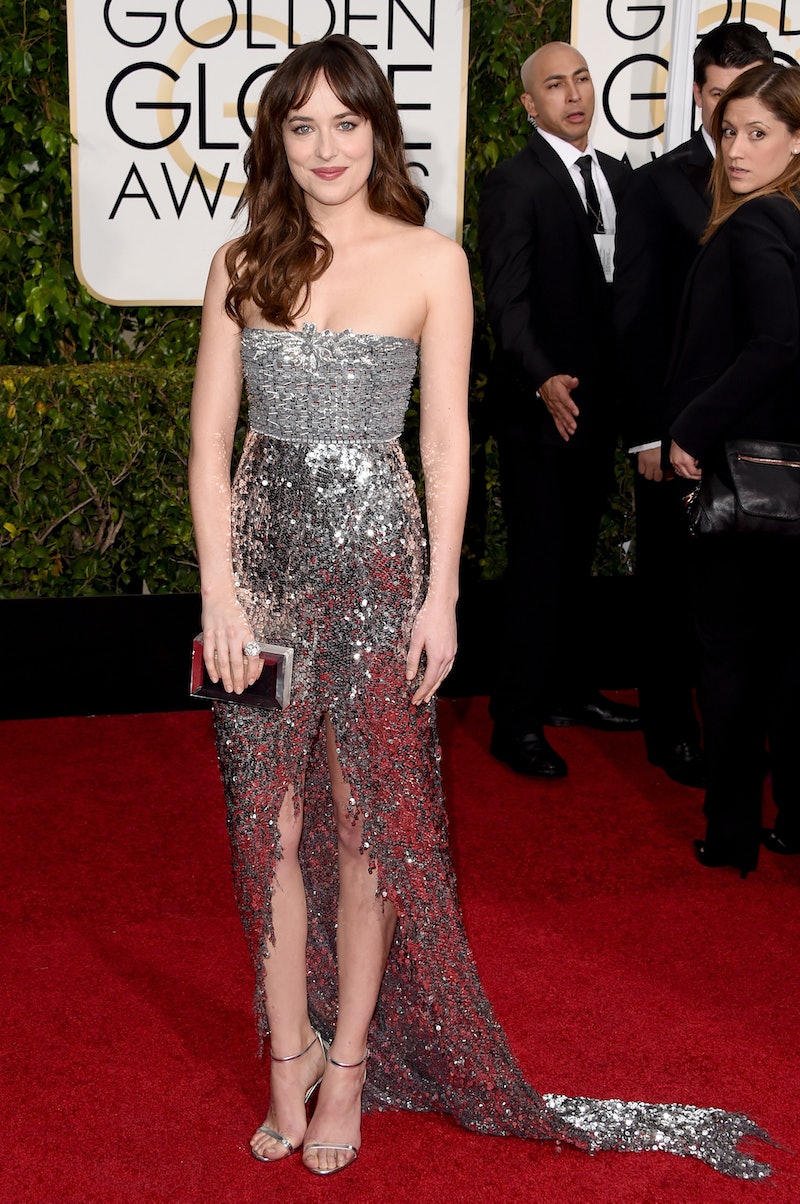 Anyone tuning into the 72nd Golden Globe awards Sunday night as greeted with plenty of sexiness on the red carpet... and during nearly every commercial break as well. That's because, ahead of its Valentine's Day release, Fifty Shades of Grey aired its trailer more than several times, turning up the marketing before the film turns up the heat in the movie theater. But Fifty Shades, directed by Sam Taylor-Wood and starring Jamie Dornan as the tit(hah)ular character, didn't stop the advertising there. Because star Dakota Johnson's 2015 Golden Globes Chanel dress was, of course, grey. Well, maybe silver, but we get the point, right?

That said, Johnson does look fantastic, her sparkly Chanel dress spotlighting the figure that we'll likely see plenty of on Feb. 14.

And Dornan didn't look so bad himself.

And, really, Fifty Shades has never quite been known for its subtly, right?