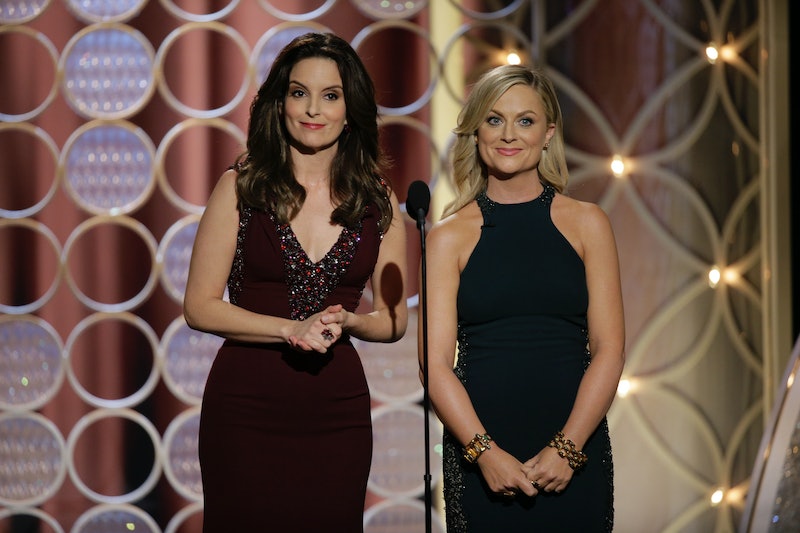 The 2015 Golden Globe Awards haven't even started, but already, hosts Tina Fey and Amy Poehler are succeeding in blowing up the Internet. According to Twitter, the two women's short but hilarious red carpet appearance was a sure sign of good things to come, and even with an hour still to go before the awards show officially begins, countless "I love Tina and Amy" tweets are already flowing in. Not that anyone's surprised, of course. The 2015 ceremony is the comedians' third time hosting the Globes, and if experience has taught us anything, it's that when Fey and Poehler team up, the results are going to be nothing less than amazing.

Still, it's pretty early into the night, which means that there's still plenty of time for Fey or Poehler to do or say something that tests audiences' (or Taylor Swift's) love for them. For now, though, the Sisters duo is managing to elicit nothing but joy from Globes viewers at home, and for all of our Mean Girls/SNL/celebrity BFF-loving sakes, I hope that the next four hours don't do anything to change that. Below, some of the best tweets written about Fey and Poehler during tonight's awards show:

And Our Other Hope:

Reminding Us of This Gem:

And Getting Ready for the Rest of the Night: