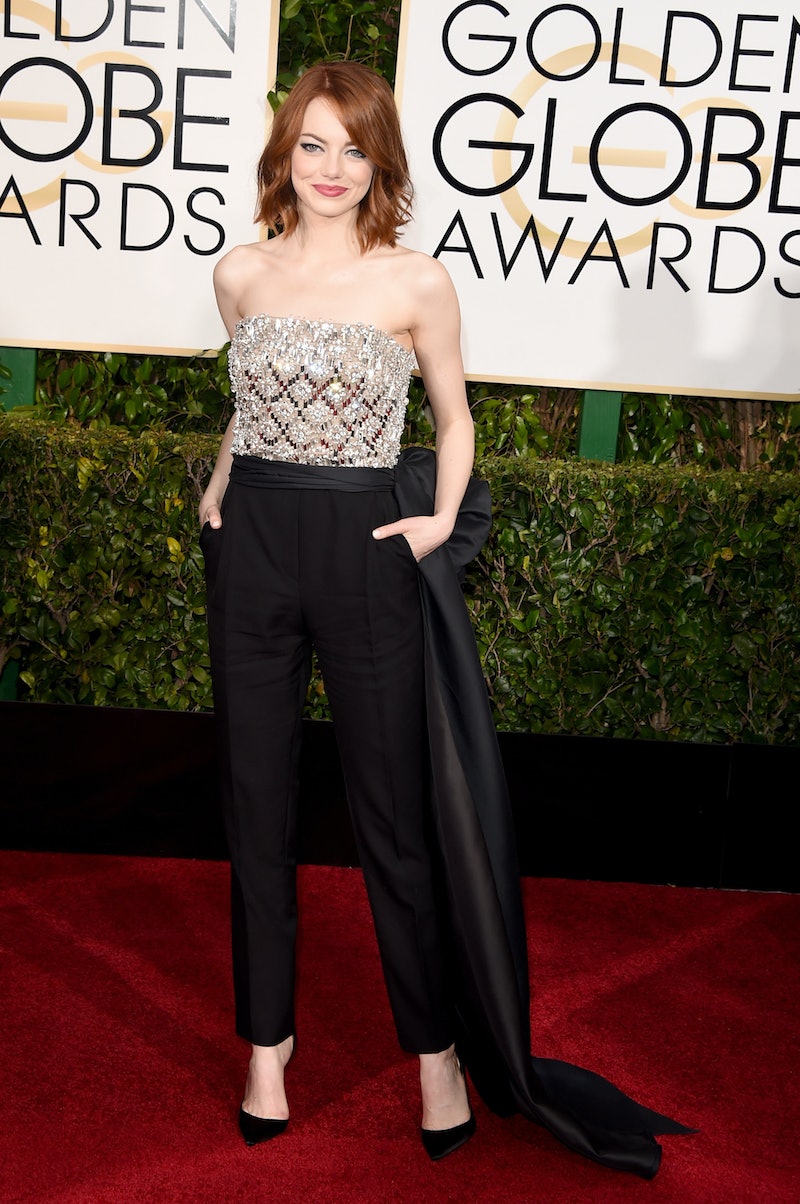 Forget the colors and the selfie stick, the Golden Globes' real red carpet trend is a platonic plus one. Many stars are showing up with their co-stars, and Emma Stone brought her brother to the Golden Globes . The only problem with this, of course, is where is Andrew Garfield? You're cute, Spencer Stone, but you are no Spiderman.

The actress, who is currently starring as Sally Bowles in Cabaret on Broadway and nominated for a Golden Globes her performance in Birdman, look totally cute with her brother. Spencer Stone showed up in style, wearing lighter shades than most of the men on the carpet — and a headband!

Other stars who showed up with non-romantic significant others were Jake and Maggie Gyllenhaal, Lena Dunham and her costars Andrew Rannells, and finally Kevin Spacey and Kate Mara — which is too soon, in my opinion! Still, it's awesome to see something a little less gossipy and a little warmer this awards season.

Here's a picture of the Stone siblings. As for Ryan Seacrest, he seemed unimpressed with their style. His comments seemed right out of an Oscar Wilde play in terms of condescension. You can see it in his face below.

And this isn't Spencer's first rodeo. He has accompanied Emma to formal events before. Here they are at the 2012 Academy Awards:

And here's the two of them out and about in the city last month.

Finally, here they are at an event for Breast Cancer: