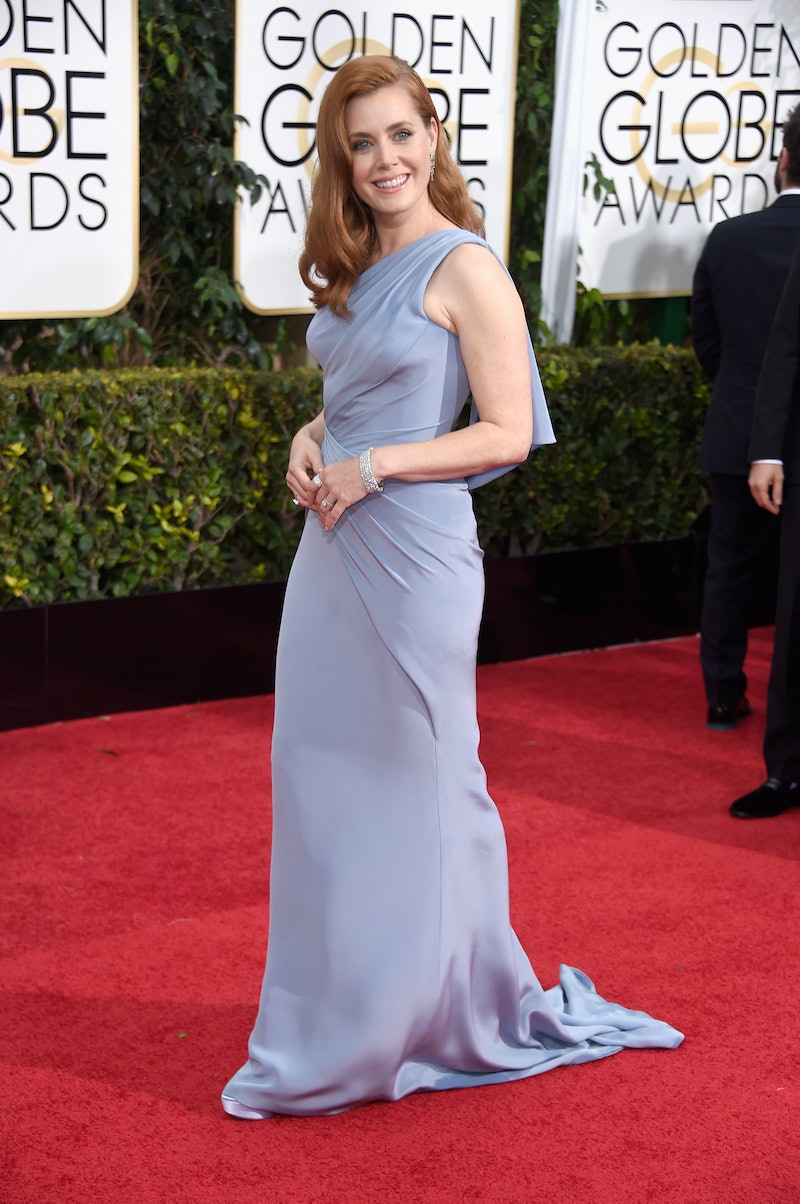 In one of the biggest surprises of the Golden Globes, Big Eyes star Amy Adams took home the award for Best Actress in a Comedy or Musical for her role as painter Margaret Keane. Although Adams received rave reviews for the film, she was an underdog in her category; her fellow nominee, Emily Blunt, was expected by most to win for her role in Into the Woods. So it wasn't shocking when Adams, accepting her award, professed that she was "ill-prepared" for the moment — but, thankfully, the impromptu speech she gave was nothing less than feminist perfection.

"I feel so fortunate to be here, and fortunate to play Margaret Keane, a woman who had such a quiet voice and such a strong heart and such a strong artistic vision and ultimately was able to use her voice," Adams began. "I'm lucky because I get to stand here tonight with a man who stands besides me, Darren, who would never silence my voice."

Adams went on to thank her fellow nominees, and other actresses in the audience, for being "wonderful female role models" for both her and her four-year-old daughter.

In a night that contained its fair share of sexist comments, Adams' speech, as well as her Big Eyes role itself, was a major win for women. The actress has always been outspoken about her feminist beliefs, from her love of complex female roles to the example she hopes to set for her young daughter. As she said in her speech, "it's just so wonderful that women today have such a strong voice" — and that actresses like her are taking their time in the public eye to use that very power.