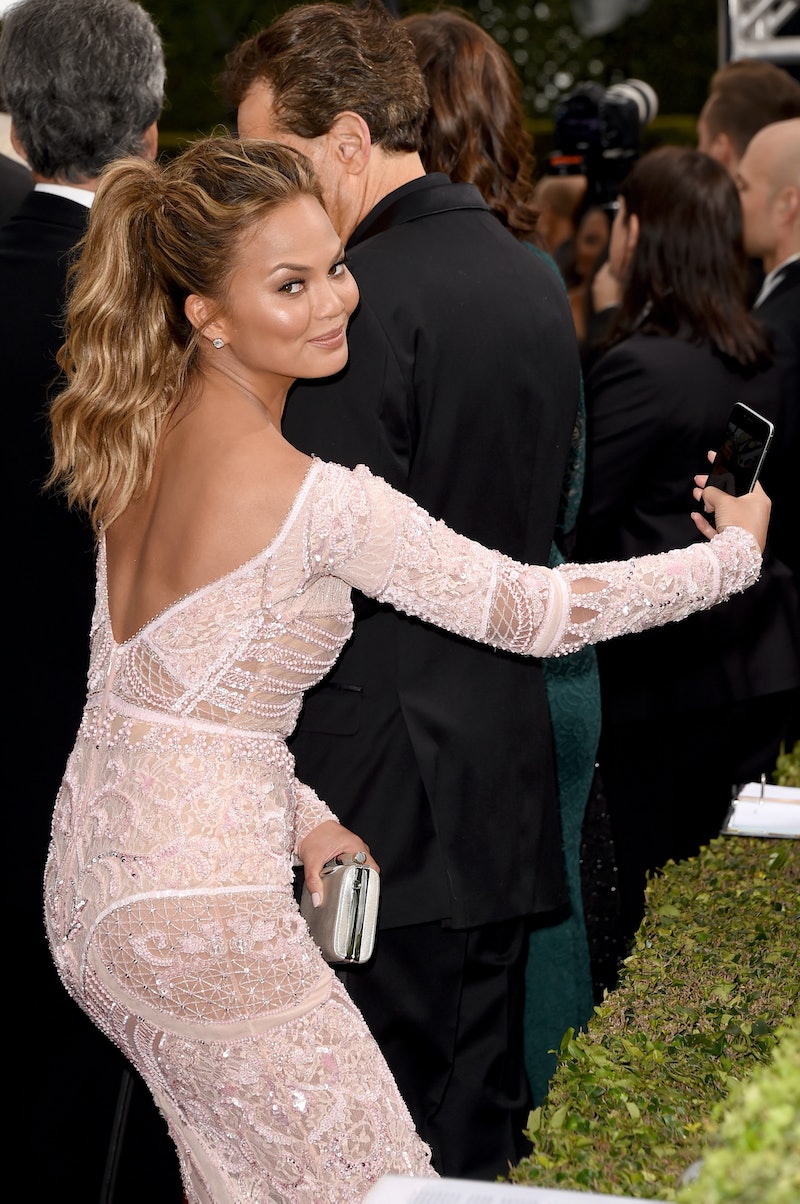 If there is anyone on social media that can have some fun with a poorly-timed camera shot during an award show, it's definitely Chrissy Teigen. The supermodel, and wife of Golden Globe winner John Legend, has never been shy of making fun of herself online, so she's definitely going to have a good time with this one. On Sunday, while watching adoringly upon Legend as he accepted his award for Best Original Song in Selma, the camera cut to Teigen, who was obviously completely overjoyed that her husband has just won an award, but maybe wasn't completely ready to be on camera.

Right after Teigen was on camera, the internet erupted with screenshots of the beauty crying. She quickly responded on Twitter — this is Chrissy Teigen we're talking about, she doesn't lay down to the haters — and sent out a brief message saying, "Sorry I don't practice my cry face okay," which I think reaffirms why we all love this woman. Moments after that tweet was sent out, she followed it up with "It's been 5 minutes and I'm a meme." And that, ladies and gentlemen, is the power of the Internet. Let's see what people have come up with, shall we?

Teigen was quick to jump in on the fun, and posted this Instagram with her husband, because girl knows how to laugh at herself.