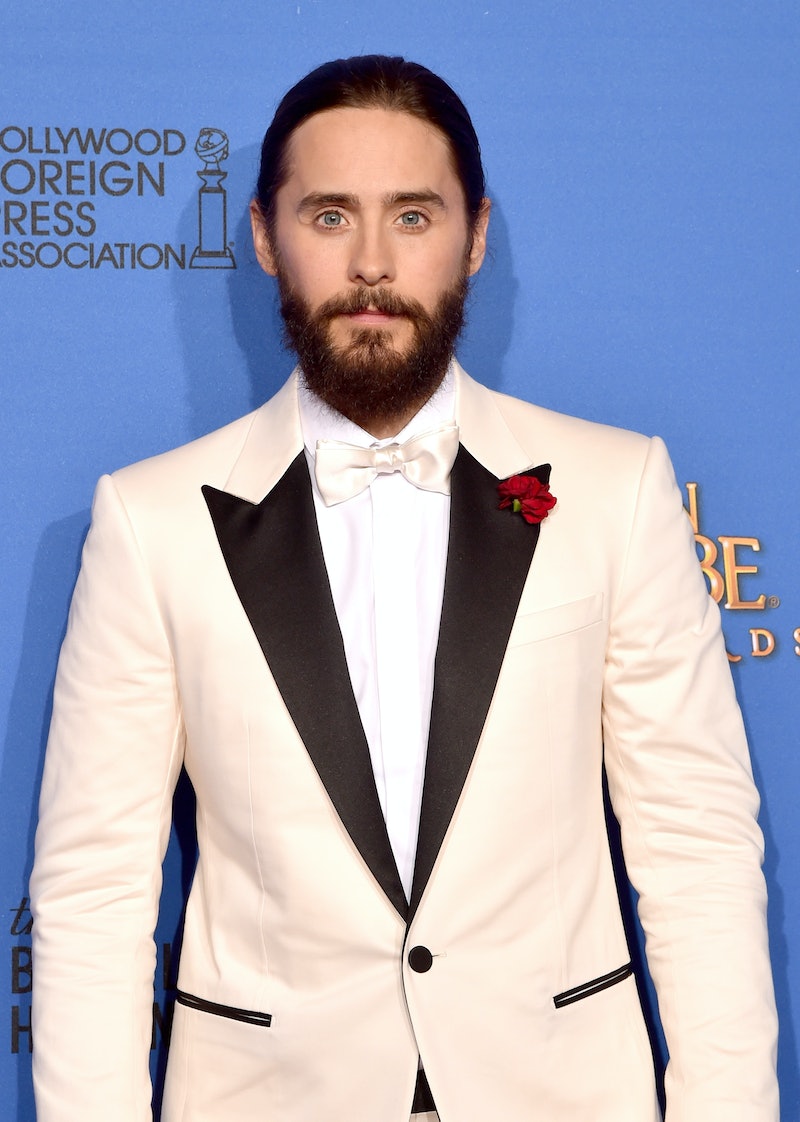 For Jared Leto fans, it's probably starting to feel like the Requiem for a Dream and Dallas Buyers Club star and Thirty Second to Mars frontman can't possibly get any more hipster. I mean, he's selling fanny packs, he's perfected the cool man bun, he wore a patchwork sweater that one time. But tonight at the Golden Globes, our favorite pretty man rocked a braid. Yes, a braid. His signature ombre locks were styled in one of my favorite do's, and honestly, this was one of the cutest moments of the show — although I'm sure he'd cringe if he ever knew someone was referring to him as "cute," rather than, I don't know, "alternative," or something.

I've been a long-time Leto fan — from the fateful evening in 2001 during which Requiem came on late-night TV. At that point, my 10-year-old self was probably traumatized and scarred for life (is this why I am how I am?!). But almost 15 years since the film's release, I can't help but thank his performance. It was a performance that made me want to read Hubert Selby Jr. It was a performance that would then turn me on to his music. It's obviously hard to tell when celebrities are real — when their awkwardness and quirks and idiosyncrasies are genuine or simply a publicity stunt (I question L. Law on an almost daily basis, I'm afraid). But in Jared's case, I like to think he's as real as they come.

See what I mean — isn't that the best hair you've seen all night? As for the front, Jared shared this photo upon his fashionably late GG arrival:

And... just... all the giggles. He's simply the most down to earth, beard-clad dude you could ever hope to encounter in Hollywood.

So maybe the whole look is a little reverse penguin. Maybe he does look ready to break out in some funky moves. But he's still precious. And I'm still swooning.