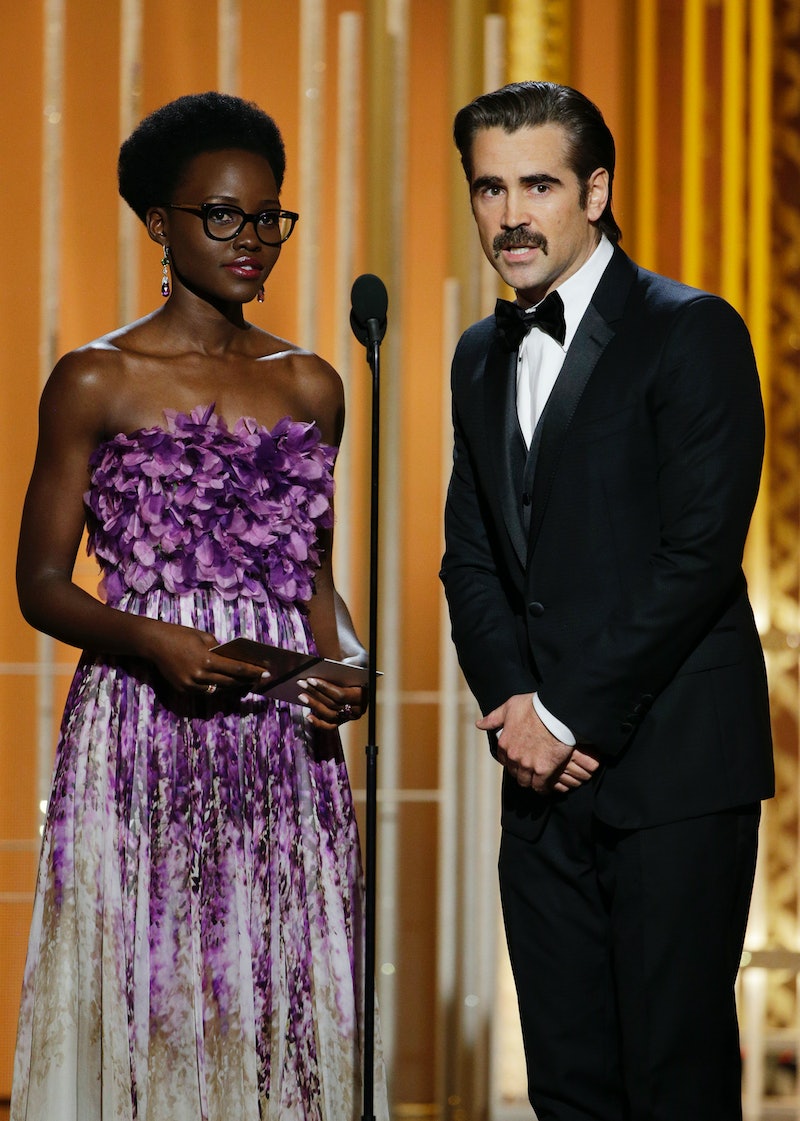 Those of us who are or have been optically challenged during our lifetime were handed a major victory during the 2015 Golden Globes. Though Amal Clooney's white gloves stole the Globes red carpet earlier in the night, one woman finally proved that all of our glasses-clad prom looks actually were pretty freaking cool. That's because Lupita Nyong'o wore glasses at the Golden Globes while presenting the award for Best Actress in a Mini-Series or Movie (which eventually went to The Honourable Woman star Maggie Gyllenhaal, who immediately jumpstarted our lady-crush by talking about being "turned on" the roles available to women these days).

Though Nyong'o initially showed up glasses-less on the red carpet, shining in her lilac-colored gown, she sported a new accessory upon taking the stage to present alongside Colin Farrell (who himself was rocking a rather interesting accessory with a new mustache). And, upon her arrival on the Golden Globes stage, the Internet did as the Internet does: It freaked the freak out looking at the actress, who already stole the entire 2014 red carpet season with her insanely beautiful fashion sense. Because we saw Lupita:

Because she was just so flawless, it hurts. As one Twitter user summed it up perfectly:

Because, really, if Nyong'o can rock a floor-length gown with a pair of thick frames, then certainly we all can, right? (Well, at least that's what we'll tell ourselves.)