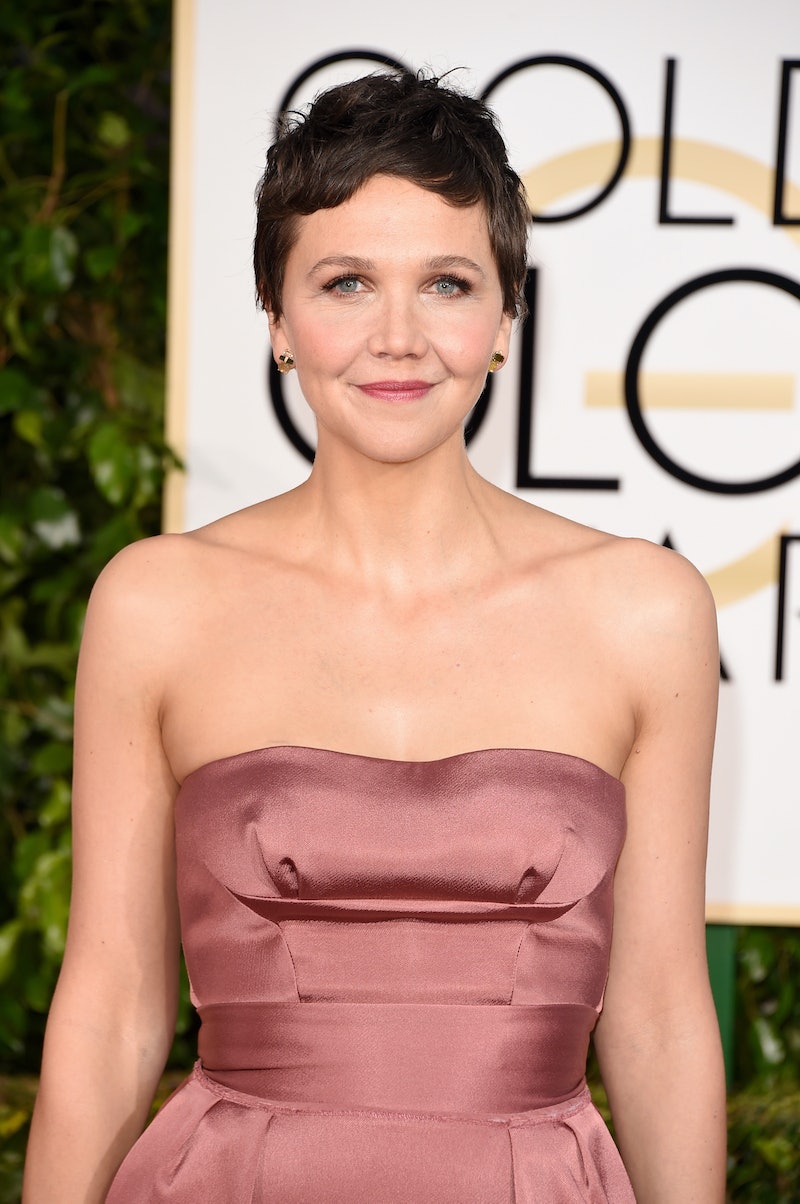 And here I was beginning to think that Amy Adams would own my feminist heart for her speech at the 2015 Golden Globes on Sunday, January 11. As it turns out, all I had to do was wait — because Maggie Gyllenhaal was also going to spare a moment to pay homage to feminism. When Gyllenhaal won the Golden Globe for Best Actress in a Mini-Series or TV Movie for her role in Honorable Woman, she took to the stage and gave a beautiful speech about feminism that went on for so long that they were telling her to wrap up before she'd even begun to thank any of her family and friends. Can we talk about how important that is for a moment?

I repeat, for those who don't understand why I think this is important: Gyllenhaal spared so much time in her speech to thank feminism for her place in the entertainment industry today that she ran out of time to thank anyone she knows personally. Watching her try to fit as many names as she possibly could into the last few seconds she had before someone came through the stage with a giant broom to sweep her away was positively endearing. In 2014, so many celebrities came out as feminists, but Gyllenhaal didn't need to come out. Her entire speech proved it:

You hear that guys? Feminism turns Gyllenhaal on. Feminism is an attractive concept, just as powerful, sexy, and honorable as the women that Gyllenhaal complimented during her speech. I'm not saying that I gave her a standing ovation in my bedroom for this speech, but I'm definitely saying I possibly shed a tear. After all, it's not very often that people get so swept up in praising strong women that they almost forget to praise their own loved ones, now is it?

More like this
Sandra Bullock, Girlboss Extraordinaire
By Matt Harkins & Viviana Olen
Spice Girls’ Net Worth: The Richest Member Is Wealthier Than The Rest Combined
By Hugh McIntyre
Pete Davidson & Kate McKinnon Are Part Of A Reported Major SNL Cast Shakeup
By Brad Witter
Becca Tilley Confirmed Her & Hayley Kiyoko’s 4-Year Romance With A Heartfelt Note
By Brad Witter
Get Even More From Bustle — Sign Up For The Newsletter