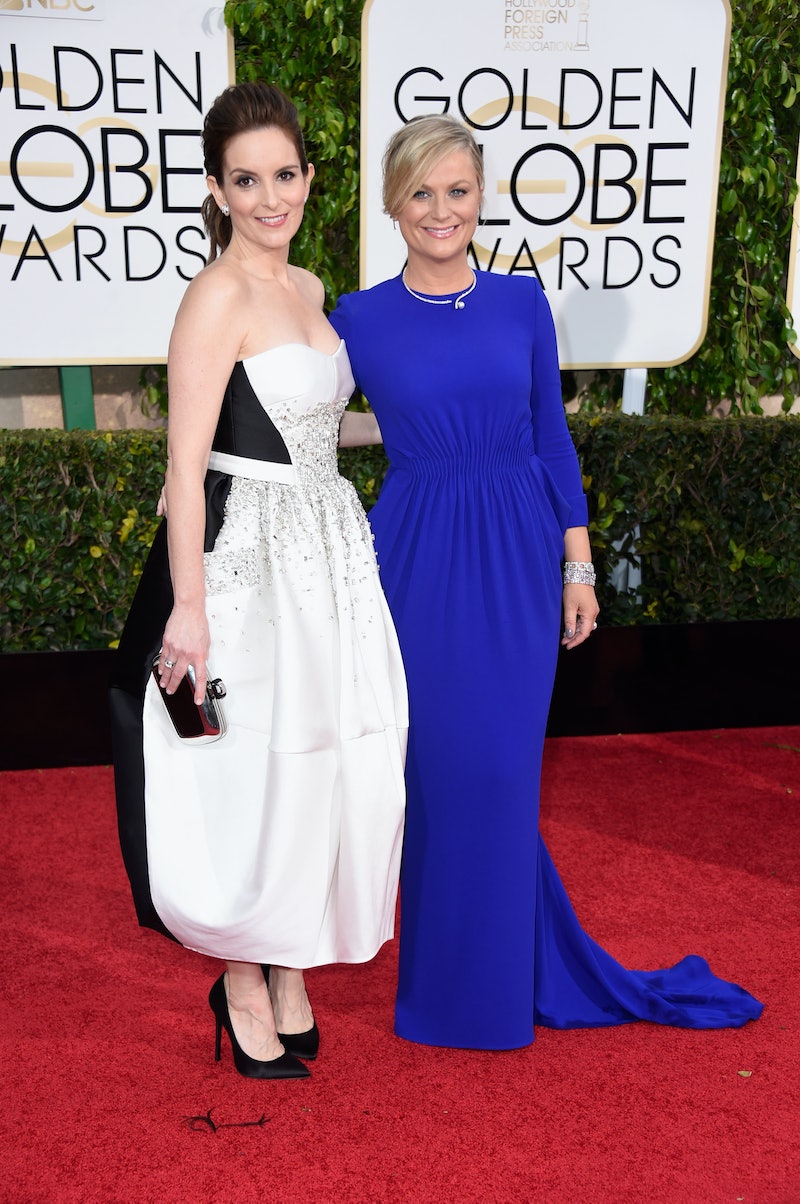 Who knew the biggest complaint from the 2015 Golden Globes would be about hosts and overall perfect human women Tina Fey and Amy Poehler? No, they weren't bad at their jobs (HA! That would never happen). They were so good at their jobs that the biggest problem surrounding the hosts was the fact that they, well, didn't really host. In fact, after the duo delivered their hilarious monologue, Fey and Poehler disappeared from the Golden Globes. Sure, they came back a couple of times to make some quick, insanely funny jokes about Oprah and Matthew McConaughey, but what happened guys? It's possible that since both Fey and Poehler have threatened and stated clearly that this year would be their last time hosting the Golden Globe awards (a classic trilogy situation), that the duo decided to just chill and enjoy the rest of the telecast in a no-stress capacity.

Or perhaps they were backstage preparing for something incredible that they're both doing together after the release of their new movie Sisters, because you know that people won't be satisfied if both Fey and Poehler take away the joy we get from them hosting the Globes every year and instead replace it with just one, presumably hilarious movie together.

Most likely the reason for their absence was due to the show running long, thanks to long speeches from actors like Michael Keaton, Ruth Wilson, and many others who failed to trim their grand moments onstage. But I'm not the only person in the world who was upset by the severe lack of Fey and Poehler. In fact, it was a running angry theme on Twitter for the whole night.

Some people mused on what the hosts were possibly doing in their absence:

People who were just plain confused:

There was quite a bit of anger and disappointed: