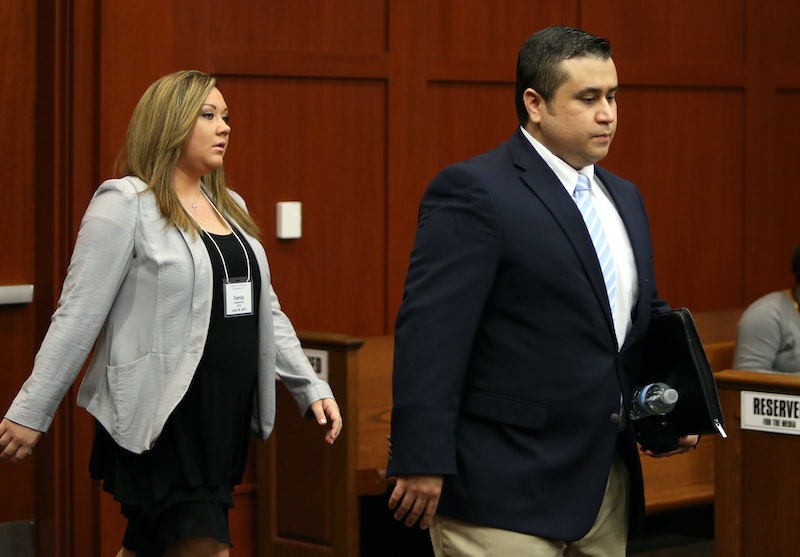 It’s been an eerily long time since any fresh George Zimmerman news surfaced, and by that, we mean it’s been almost two weeks. The dry spell has been broken, however, with Zimmerman’s soon-to-be-ex-wife Shellie saying that she now doubts whether her husband actually acted in self-defense the night he killed Trayvon Martin.

In an interview with The Today Show — which plastered the tasteful caption “Standing Her Ground” at the bottom of the screen — Mrs. Zimmerman explained that since the Martin trial, she’s witnessed “drastic” changes in her husband’s personality, so much so that she’s now unsure whether his story of what happened that night is true.

“After standing by him, he kind of left, and I guess kind of went on a victory tour without me,” Shellie told Matt Lauer. “I thought that I was living a life with him and that we were going to kind of rebuild after that, and he had other plans for me.”

Lauer then asked her if she still believed George’s account of the Martin shooting.

“I’m conflicted on that,” she replied. “I believe the evidence, but this revelation in my life has really helped me take the blinders off and start to see things differently.” She confirmed later that she has "doubts" as to George’s innocence.

Shellie filed for divorce from her husband three weeks ago. A week later, they got into a domestic dispute, wherein each claimed the other was the aggressor. This incident (which resulted in a smashed iPad police are now trying to retrieve information from), prompted a local police chief who dealt with the matter to call Zimmerman “a Sandy Hook, an Aurora waiting to happen.”

“I’ve kind of realized now that I don’t know him, and I really don’t know what he’s capable of,” Shellie said in the Today Show interview. “In hindsight, I should have [pressed charges].”