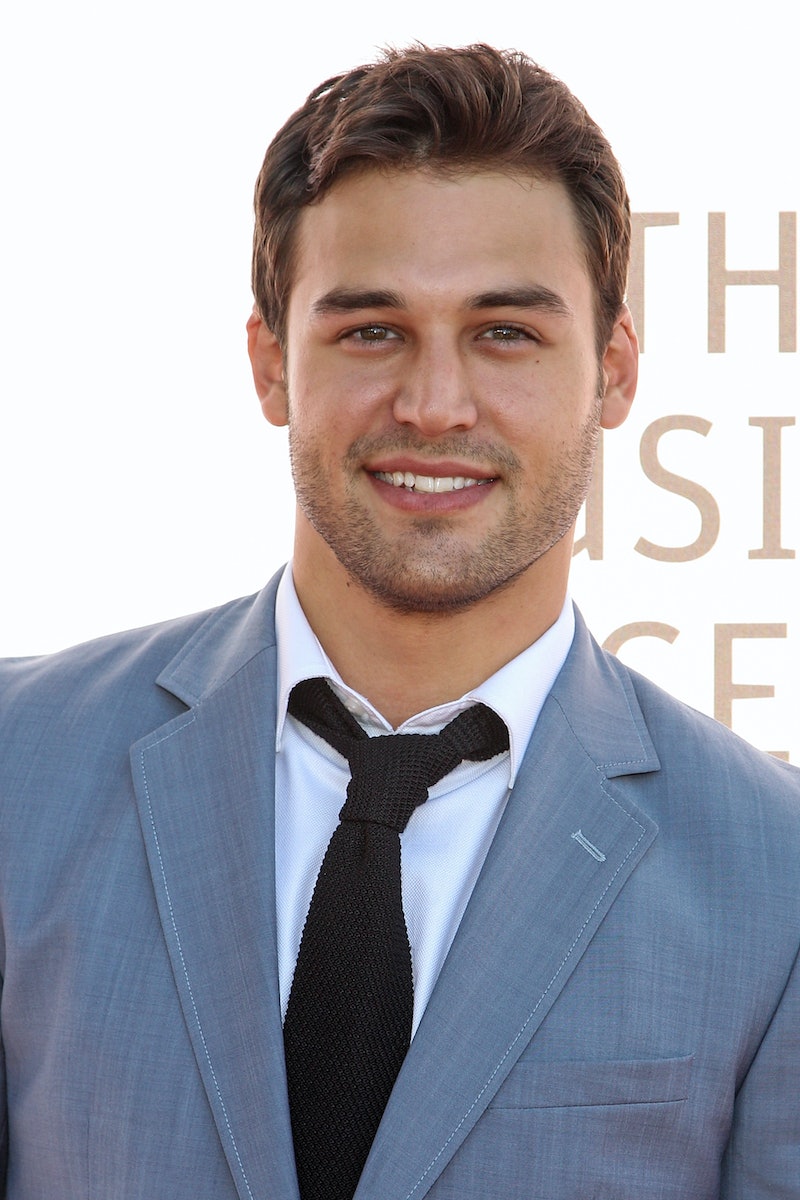 I am sure I do not need to remind you about "that commercial." You know, the one where J. Lo is getting hot and heavy with a brooding, tan, and muscled neighbor who is supposed to be a high schooler despite looking like a full grown man. Eh, I'll let that casting slide a bit because Jennifer Lopez's The Boy Next Door co-star, Ryan Guzman, is just oh so pretty. Well, we were in for a treat on the night of Golden Globes when Lopez arrived on the red carpet with none other than her hottie co-star. But inquiring minds need to know: who is Ryan Guzman?

Well, I am here to gladly let you know. First things first, Guzman is actually not a high schooler but a 27-year-old man who has been in some shows and movies that we've all seen, you just probably didn't know his name. I admit that whenever I see a preview or commercial for a new Step Up movie, I tend to block it out because haven't there been like 28729 of those already? Well, I was missing out because since 2012, Guzman has played the lead in Step Up Revolution and Step Up All In. (Where else can they "step up" to next, I wonder?) Excuse me while I fall into his toned arms.

Speaking of his incredible body — which he has no problem in displaying in his roles — Guzman was actually quite the athlete in his early days, and was on the road to becoming a professional baseball player. According to an interview with Latina magazine (Guzman is Mexican-American), he was a mixed martial arts fighter and competed in various competitions along with playing baseball. His first dream was to play professional baseball. He told the magazine,

Getting into the MLB was my dream — to become a left-handed pitcher for the Yankees. That’s what I was hoping, but life kind of went the other way. After hurting my arm and getting surgery, I [had to] venture out and do other things.

When life hands you lemons, make lemonade and, lucky for him, something equally as exciting popped up soon. In 2009, Guzman had a stint as a Calvin Klein underwear model and soon after, the allure of the big screen was unavoidable. His first role was in Step Up Revolution, a role which seemed to be a natural fit seeing as he credits his Latin side for his "rhythm." Because of his background with MMA fighting, he fought to do all of the dance sequences himself and the film ultimately got rid of his dance double since he impressed the producers so much!

Guzman also notably starred in a few episode of Pretty Little Liars as Jake, and after his turn as seductive sociopath Noah in The Boy Next Door, he is set to star as Rio in the big screen version of beloved '80s cartoon, Jem and the Holograms. Sounds like Guzman has an incredible year ahead and having support from Jennifer Lopez doesn't hurt. Being a Latina myself, I am always proud to see a Latin actor or actress who is open and proud of their background and making a voice and path for other artists following in their path. As Guzman told Cosmopolitan magazine:

I try my hardest to bring honor to my Mexican roots. Latin people are very passionate and loyal, and I will always remember who I am and where I come from. For aspiring actors out there, I would say stay focused and don't let anyone pull you away from your goals. Shoot for the stars, so that if you ever fall short you can land on the clouds.

I, for one, can't wait to see more of Ryan Guzman on the big screen.