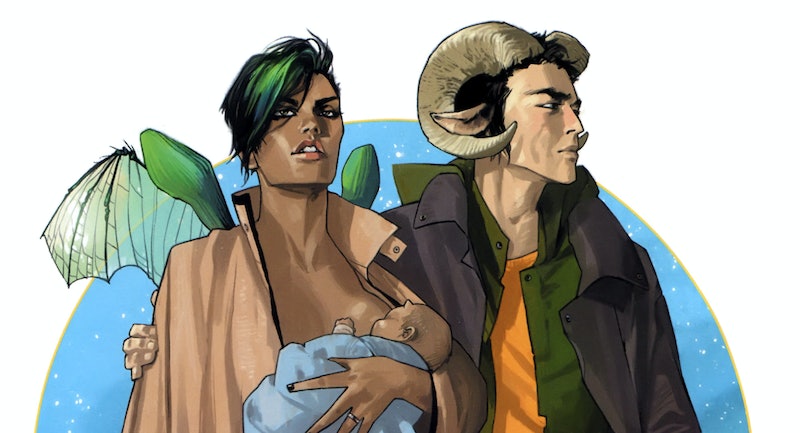 Comics and graphic novels* are becoming more and more mainstream, buoyed, no doubt, by the insanely popular superhero movies coming out of Marvel Studios. However, despite the popularity of graphic novels, certain stereotypes still dominate the public perception of both graphic novels and their readers. Comics are often regarded as a form of simplified reading (as if readers look at images because they are incapable of reading), and as allowing for only a few narrative genres (chiefly, adventure and superhero stories). Comic book and graphic novel readers are often assumed to be acne-ridden, adolescent nerd-boys, who read comics because they are too socially awkward to interact with normal people or get laid.

I’ve always found these stereotypes to be rather bizarre. People don’t assume that all novels tell the same story, or that their readers inhabit a single personality type. How strange would it be for someone to declare that all films are similar, and that the people who watch them are all the same? And yet, people often simply accept that comics—defined simply as works that tell stories via sequential images—explore only a very narrow range of narratives and themes, and that their readers exemplify the same traits. This (I can't believe I still have to say this) just isn’t true. As with any genre, comics tell all kinds of stories for all kinds of people.

Here are four of the most stubborn myths about comics and their readers, and why they are so wrong.

1. Not all people who read and write comics are dudes

The world of comics has not always been the most welcoming space for women. Many potential female readers are put off by comics that depict women with impossible bodies—huge breasts, tiny waists, and spines so flexible they can flash boobs and butts at the same time—and that consistently, overtly sexualize their female characters.

Slowly, but surely, however, women are gaining visibility and power within the traditionally male dominated comics industry, both as creators and consumers. Superhero comics are featuring more and more women: In 2013, Marvel released an X-Men series, led solely by superheroines; Kamala Khan began headlining Ms. Marvel last February; and Marvel announced in September that its new Thor would be female. For those looking for female-driven comics outside the superhero genre, check out the excellent work of Marjane Satrapi (Persepolis) and Alison Bechdel (Fun Home), and take a gander at Bustle's previous lists of great alternative comics for women and graphic memoirs by women.

2. Graphic novel readers are not all young

Because they are illustrated, comics are often associated with children and adolescents. There are indeed some wonderful YA comics out there, but many comics and graphic novels are intended strictly for adults. Alan Moore's iconic Watchmen is a perfect example of an adult comic, in terms of its content (lots of sex, swearing, and violence to be found here, folks), but also its style and structure. Narratively complex and morally ambiguous, Watchmen asks difficult questions about power, corruption, and what it means to be a hero in the real world.

(I'm pausing here to give a little shout out to my current comics-obsession, Saga , the fantastic ongoing series from Brian K. Vaughan and Fiona Staples. The series is an immediately addictive, beautifully illustrated fantasy-adventure for adults.)

3. Not all comics readers are “nerds”

Comics readers are often assumed to be stereotypical nerds: glasses wearing, Star Trek obsessed, socially awkward people who can't get dates. This stereotype is offensive on many levels, and, to be honest, I simply don't think these people exist outside of Revenge of the Nerds and The Big Bang Theory. There are plenty of people who love comics who are not socially awkward, just as there are plenty of socially awkward people who hate comics. There are also comics-loving, sci-fi-obsessed, pocket protector-wearing, socially hopeless people out there who are still more interesting that the "nerd" label allows for. People are complex and varied and strange, and some of us read comics. We are large. We contain multitudes.

4. Not all comics are about superheroes

I love superheroes, but for those of you who just can't get enthusiastic about magic people in capes, there are still plenty of graphic novels and comics to choose from. Great examples include the previously mentioned Persepolis and Saga, Alan Moore's From Hell and V for Vendetta, Art Spiegelman's Maus, Daniel Clowes's Ghost World, Craig Thompson's Blankets, Neil Gaiman's Sandman series, Bryan Lee O'Malley's Scott Pilgrim series, and many, many others.

*People have been debating about the differences between “comic books” and “graphic novels” since the term was first popularized in the 1980s. Some readers and writers have argued that the “graphic novel” label is simply a marketing ploy to make comics seem more acceptable to readers who see comics as a “low-brow” genre; others have argued that graphic novels are distinct from comics in terms of their length and narrative cohesion. These distinctions are really rather fuzzy, as many “graphic novels” are published in serial form, like traditional comics, and then bound later as collected editions. This is a long-winded way of saying that I don’t really differentiate between comics and graphic novels. I say, call them what you want!