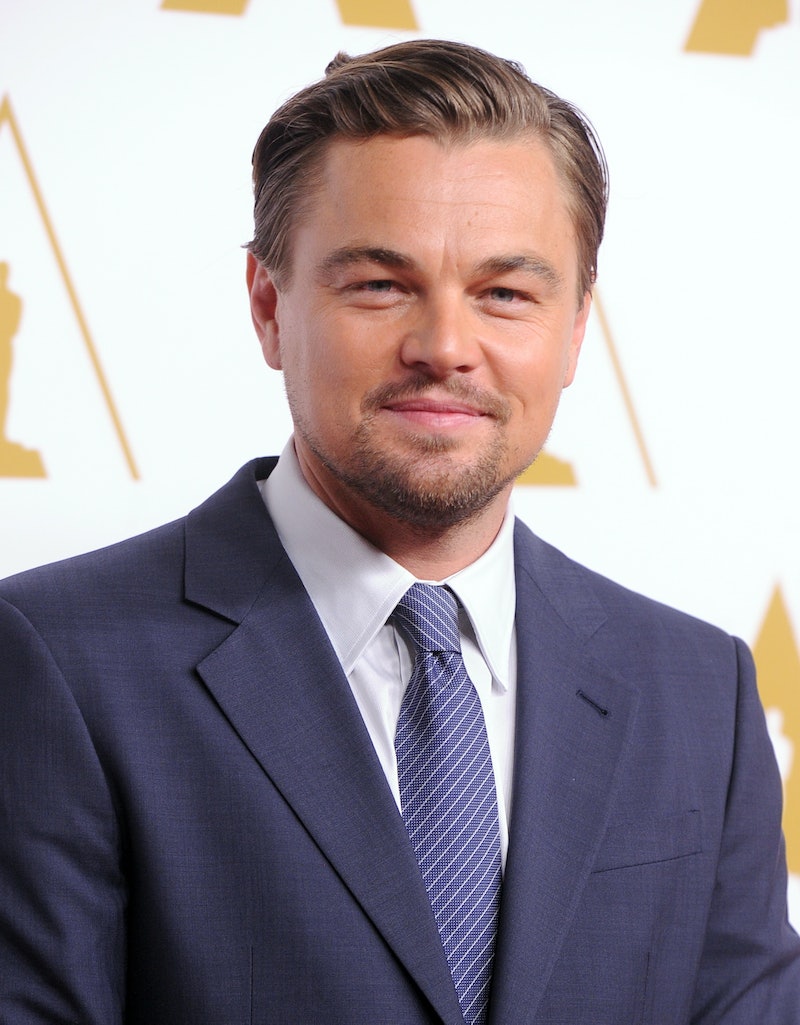 Thanks to Sunday night's little known awards show, us TV and movie lovers are still on a high from all of the 72nd annual Golden Globe winners, the dresses and tuxes, the speeches, and the jokes. However, let's take a moment to breathe and focus on something much more important, like the fact Leonardo DiCaprio photobombed 50 Cent and Naomi Campbell's Instagram photo. Unlike Benedict Cumberbatch photobombing at the Golden Globes, this photo was taken two days prior and shared by 50 Cent on his Instagram, but it still is ever-so-awesome.

As you can see below, 50 Cent and Campbell are really into their photo. They're both smiling and look happy. Then, to the left you see DiCaprio peering over 50 Cent's shoulder and giving a sly smile. He's such a stealthy photobomber. Who knew? I don't know about you, but I love a good photobomb (especially when it's at the hands of Cumberbatch), and DiCaprio surely delivered.

Even 50 Cent realizes how fantastic the photo is, and he accompanied the photo with the following caption: "I get photo bombed by the hottest people in the world. You should try living with out limits."

Now, let's all take those words of wisdom and start living without limits aka photobombing a picture whenever we have the opportunity. Such a wise man, 50 Cent.