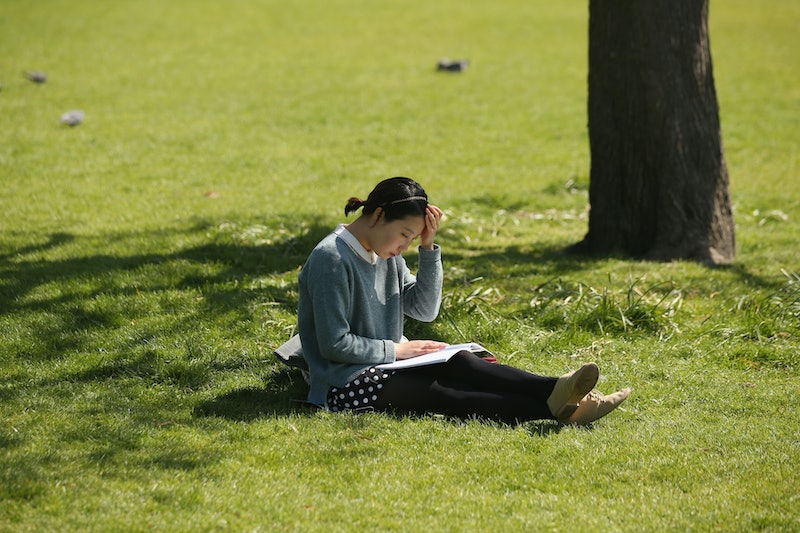 There is an ongoing conversation in the literature world about the need for more racial diversity in books and publishing. Yet, even as important steps are taken, new evidence of need for reform keeps cropping up. On Monday, it's TIME's list of the "100 Best Young Adult Books of All Time"... which includes exactly nine books written by people of color.

The list, which has also been roundly criticized on social media for the fact that most of its titles are actually middle grade and not YA, is an example of how white-centric the books world can be. Only seven authors of color made the list: Sherman Alexie, Mildred D. Taylor, Walter Dean Meyers, Marilyn Nelson, Gene Luen Yang, Isabel Allende, and Pam Muñoz Ryan. Myers and Yang have a pair of books listed, bring the total of books by people of color to nine. That makes the list 91 percent white.

Diverse representation is always important, of course — but for young people, it is crucial. Children and young adults of color deserve to see themselves written as complex humans worthy of the center of their own stories, as opposed to being relegated to sidekicks or stereotypes. And it's important for white children to hear that message as well; reinforcing stereotypes does no one any favors. A great way to find good representation of people of color? To read authors of color.

Unfortunately, TIME's list not only is light on authors of color, but they also don't do much to avoid books that promote stereotypes or harmful portrayals. As the blog American Indians in Children's Literature notes, "Focusing on Native depictions in the books, there's one book on [the TIME list] that doesn't reduce Native people to caricatures or stereotypes." Not coincidentally, it is Sherman Alexie's brilliant Absolutely True Diary of a Part Time Indian. The blog notes that 10 other books that made the list have "problematic content regarding Native Americans," including Little House on the Prairie, Little Women, and Twilight.

(Also, how did Twilight make this list at all?)

Understandably, people are less than thrilled:

Unfortunately, TIME is not an outlier when it comes to stuff like this. NPR created a similar list in 2012, which also featured 100 books but in which only three books featured non-white protagonists. However, even though TIME managed to drum up more diversity, their list might be even more head-scratching since NPR's titles were determined by votes from their listeners, while TIME came up with their "100 Best Young Adult Books" by consulting:

respected peers such as U.S. Children’s Poet Laureate Kenn Nesbitt, children’s-book historian Leonard Marcus, the National Center for Children’s Illustrated Literature, the Young Readers Center at the Library of Congress, the Every Child a Reader literacy foundation and 10 independent booksellers.

Fortunately, plenty of people do recognize that things need to change. Laurie Halse Anderson, author of the young adult novel Speak (and many other titles), spoke on Twitter about her thoughts at being included in TIME's round-up.

Hopefully, as the conversation around diversity in the books world continues, white-washed lists like this one will become a thing of the past as more and more authors of color are published, promoted, and given the recognition they are due. In the meantime, I encourage any young adult or middle grade fans to check out the seven authors of color who did make the list — I've read five of them, and they're awesome — and to keep seeking out authors of color in general. Sometimes you have to dig a little deeper to find them since they often don't receive the kind of attention they deserve, but it's worth it.

And if you need a little help, sources like the Diversity in YA Tumblr are a good place to start.