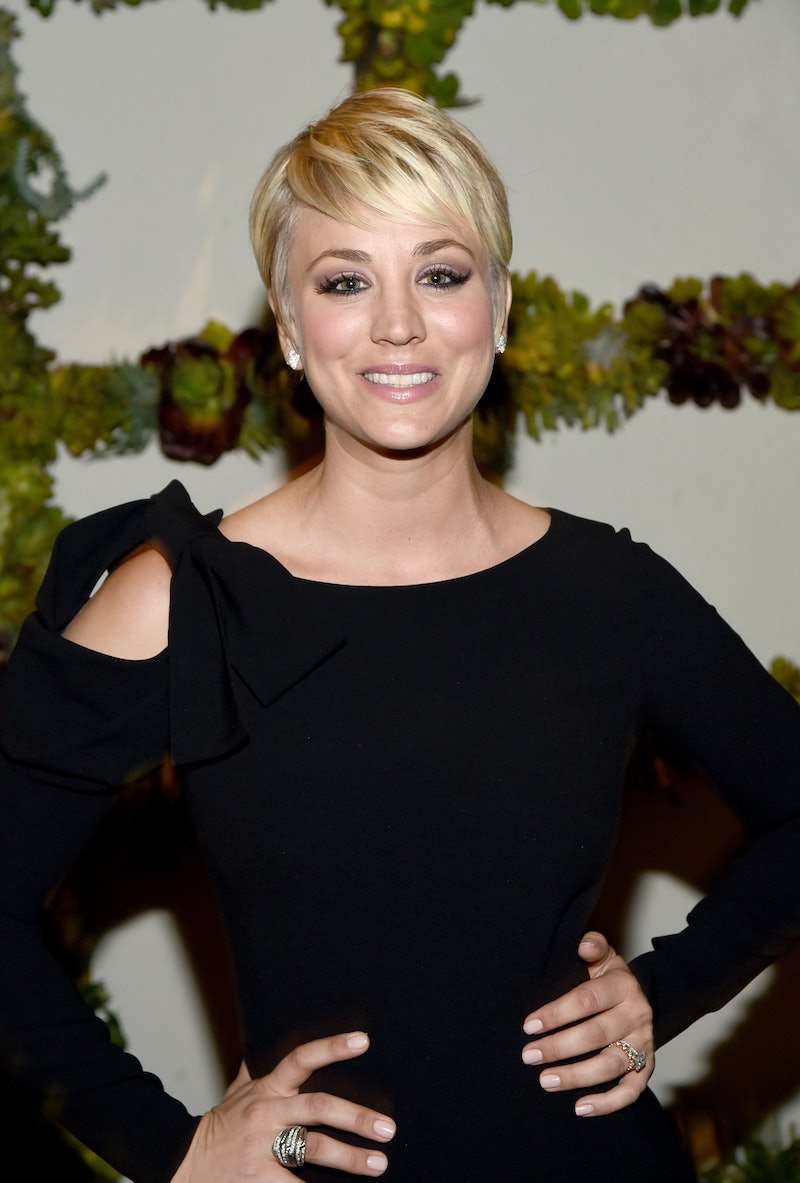 You know that saying, "stars are just like us?" Most of the time it's just another way to expose celebrities doing what "normal" people do, like grocery shopping, going to the farmers market, exercising, and so on. However, on Sunday night, a bunch of celebrities were just like us regular folk, because some stars chilled in their pajamas, stuffed their faces with junk food, and drank some alcohol, all while watching the 2015 Golden Globe Awards from the comfort of their own homes. Seriously, isn't that the best way to watch an awards show?

Don't get me wrong, I love to get dressed up from time to time. Also, I wouldn't mind getting pampered for the day and donning a gorgeous gown, especially if there was a chance I would take home a Golden Globe. However, there's nothing quite like cuddling on the couch, wearing your favorite pair of sweatpants, and not worrying about your hair and makeup or forgetting that speech. Who's with me?

Well, not every celebrity in Hollywood attended Sunday's Golden Globes, because, well, they either weren't invited, weren't nominated, had prior obligations, or didn't want to. With that said, here are a few stars who shared photos of how they watched (or didn't watch) the Globes from home and proved, yet again, they are just like us!

Kaley Cuoco-Sweeting Did It Right

John Francis Daly Tweeted From His Own "Red" Carpet

Robin Lord Taylor's Red Carpet Outfit Was in the Wash

The Jane the Virgin Writers Had a Viewing Party

I bet they were super pumped when Gina Rodriguez won her first Golden Globe!

Mindy Kaling Stayed in Bed and Treated a Dog Bite

See, you weren't the only watching or not watching from home.