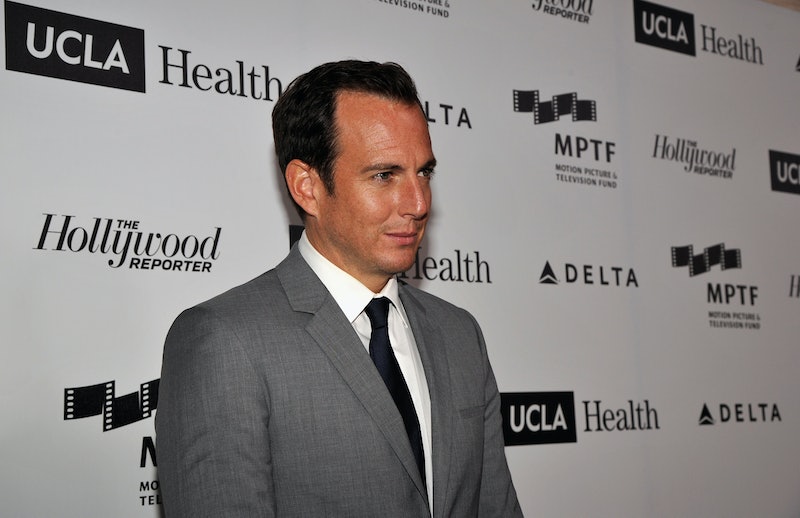 Much to my shock and dismay, Arielle Vandenberg is, in fact, NOT Cersei Lannister. Maybe I am just missing Game of Thrones so much that I am hallucinating my favorite characters. Whoops. Well, to be honest, since I'm not up to date on my Vine news (I can barely keep up with my Twitter feed), when I heard that Arielle Vandenberg is reportedly dating Will Arnett, I had to do some intense lurking to find out who exactly she is. And what I've discovered is that she's famous on Vine and that she's actually really, really funny.

Arnett and Vandenberg attended the Netflix and Weinstein Company Golden Globes after party together on Sunday night. Hmmm, juicy! So are these two officially dating, or hanging out, or just, um, enjoying each other's company? Whatever is happening, it still seems to be in the very early stages, as Arnett has reportedly only been single for a little while after ending his "on and off" relationship with producer, Erin David, who he started seeing in December 2013.

Us Weekly reported that Vandenberg and Arnett were first seen together last month during the 25th annual KROQ Acoustic Christmas in Los Angeles. Looks like things went well on the date because just a few weeks later the aspiring actress was a VIP at a Golden Globes after party with Arnett.

Now, I don't want to be a cynical lady and say that this isn't actually a real relationship or that these two could never be a great couple. No, for that opinion you can thank the Internet. It didn't take long for some gossip blogs to question the validity of Vandenberg's "intentions," claiming that since she is 16 years younger than the actor, she's only using him to further her career. The saddest tidbit is that these "sources" claim Arnett happier than he has been "in a long time."

Oh no! Vandenberg using Arnett can't be true, can it? I venture to say that stories like these mostly stem from jealousy and the fact that people don't understand that these are two grown adults who are having some fun. I imagine their first meeting went a little like this and he was smitten:

In fact, after scrolling through her Vine and social media , it seems like Vandenberg is making a name for herself ON HER OWN and doesn't need a man (well, her BFF Matt Cutshall helps) to land her on Glamour 's Biggest Stars to Follow list. Seriously, her Vines are hilarious and I don't doubt that she will keep rising in the ranks of Hollywood. And after dealing with a very public divorce from Amy Poehler in 2012, it makes sense that Arnett would want to spend some time with someone who shares in his sense of humor. Us Weekly reports that a source says of Vandenberg, "She loves to laugh... The past few girls haven't been fun enough for him, he's a child at heart."

I don't blame Vandenberg for falling for a successful and equally charming and funny actor. And, well, an invite to some awards shows red carpets this season doesn't hurt. It's win/win for everyone!