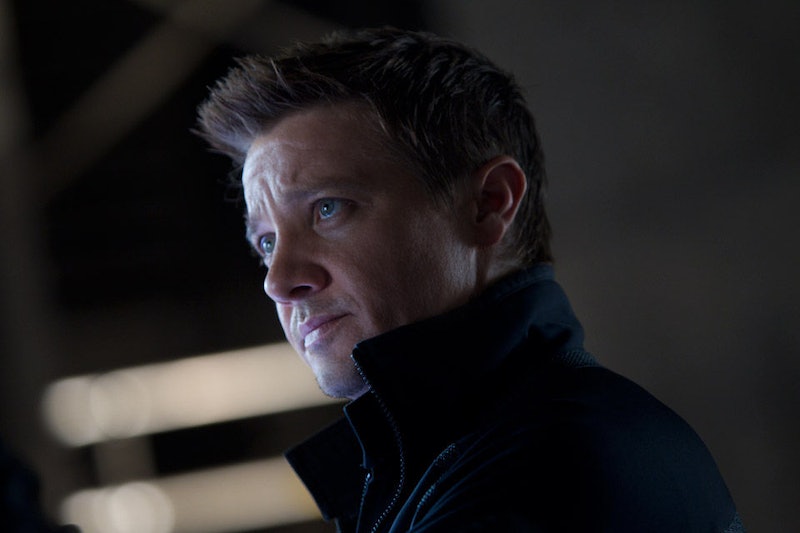 Clint Barton is one of my favorite Avengers (although let's be real, they're all my favorites), but he hasn't gotten a lot of love in the previous Marvel movies. He was in the first Thor movie for a blink-and-you'll-miss-it cameo, and you couldn't even appreciate his presence because the scene was all rainy and dark. We then got to see Clint in The Avengers, though for half of the movie he was brainwashed and under Loki's command. I've heard people say that Hawkeye is the most expendable Avenger, and as much as it pains me to admit this, I can see their point of view. Movie viewers haven't really gotten a taste of how totally awesome Clint Barton actually is.

Clint really needs to have a bigger part in Avengers: Age of Ultron. We saw him actually do stuff in the teaser trailer, so that's a step forward. But I'm still worried that Hawkeye's going to go unappreciated in the sequel. Clint is a fantastic character in Marvel Comics, and it would be great to see his strengths translated onto the big screen. Here's why Age of Ultron needs to have more Hawkeye.

Clint Barton Is the Best

Sure, Clint is an internationally-known sharpshooter who spends his day job fighting aliens. But like badass secret agent Natasha Romanoff, Clint doesn't actually have any powers. He's just a normal guy with a weirdly specific talent. In the comics, Clint is incredibly sarcastic and has a habit of making bad decisions. If you want to understand Clint's character, read the Hawkeye comic series by Matt Fraction.

In Fraction's comic books, Clint spends most of his downtime eating pizza and preventing Russian gangsters from taking over his neighborhood in Bedford-Stuyvesant, Brooklyn. Readers really get to understand Clint as a tired guy doing his best even when it's difficult or he's out of coffee. Clint's emotional depth and humanity strengthens his character. If the movie developed his identity further like in the comics, it would help to ground Age of Ultron in some semblance of reality. I'd like to see an ordinary guy be a hero, still able to hold his own alongside a super soldier, a god, and Hulk.

When you work as a superhero, you don't have a lot of time to go out and meet people. Clint and Natasha maybe have a little something going on, which has been teased at in previous Marvel movies. In The Avengers, Natasha is the only one who can save Clint from Loki's mind control. The two totally had a footsie moment in the post-credits shawarma scene. And don't think we didn't catch that arrow necklace she was wearing in Captain America: The Winter Soldier.

As it seems likely that Natasha's character will get some more development in Age of Ultron, hopefully this means that there will be some screentime dedicated to secret agent bonding. While avenging is generally more important than romance, it would be interesting to get some more information on their relationship.

OK, this is still a very legitimate reason for why Clint Barton should have a larger role in Age of Ultron. I mean, we saw what Clint's arms were like in The Avengers. Renner's physique is basis enough for a Hawkeye spinoff, not to mention some extra screentime in Age of Ultron.

He's not a superhero for nothing. In The Avengers, we got to see some of Clint's sweet archery moves. Hawkeye's capabilities are unique, and his bow and arrow action is endlessly entertaining. Come on, don't you want to see a weapon from the paleolithic era take down a hyper-intelligent machine? This type of stuff is the reason special effects were invented.

Seeing Clint's archery skills in Age of Ultron would add an interesting dynamic to the fight scenes, and show both the futility and importance of a fight between man and machine. Hawkeye needs to be appreciated for his talents, because he's a pretty badass member of an already awesome team.