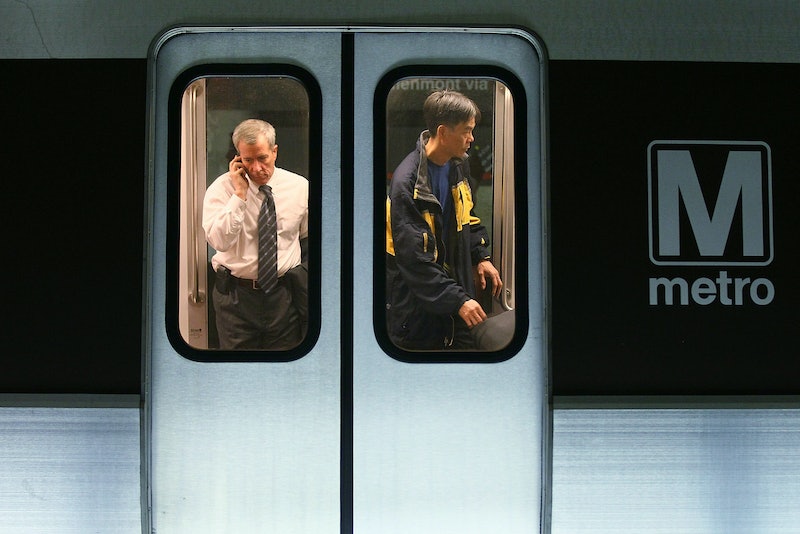 One person died and dozens were injured Monday when a Washington D.C. Metro station filled with smoke just before the start of the evening rush hour. More than 80 people were taken to D.C.-area hospitals, with two of them listed in critical condition. The Washington Post reported that hours after the accident, the cause of the smoke still had not been determined.

The woman who died has not been identified pending notification of her family. WAMU in Washington D.C. reported she was on a Yellow Line train when L'Enfant Plaza station began to fill with smoke.

CNN reported that passengers described a chaotic evacuation, with few Metro officials available to assist passengers or people in L'Enfant Plaza station. Lesley Lopez, who was at the subway when the smoke began, told CNN the evacuation was "poorly" managed and she was given no instructions on how to evacuate. She told the organization:

It's disheartening because there did not appear to be an emergency plan.

L'Enfant Plaza is one of the busiest in the D.C. Metro system. Service on the Metro's Yellow and Green lines was suspended Monday night, but the Orange, Blue, and Silver lines were back up and running by about 8 p.m.

Smoke inhalation, even for just a short time, can produce immediate health hazards, according to the New York State Department of Health. Not only is smoke an irritant to the eyes, nose, and throat, but it also affects lung function and can aggravate other medical conditions. These effects can linger even after the person has escaped the smoky area.

The National Transportation Safety Board, whose offices are in L'Enfant Plaza, is investigating the incident.

The Washington D.C. subway system has a history of safety issues. The Metro's Red Line was the scene of a deadly accident back in 2009, when two trains collided after safety measures failed. Nine people, including one of the trains' operators, were killed in the accident, and the Metro came under heavy criticism for what investigators termed a "systemic breakdown" in safety procedures.

It was not clear Monday night what the effect on the morning commute would be for D.C. Metro riders.

More like this
Michigan’s Governor Is “Going To Fight Like Hell” To Protect Abortion Access
By Andrea Zelinski
23 Abortion Funds In States With Trigger Bans To Donate To
By Emma Carey
The Staircase Explores The Murder Trial That Ripped A Family Apart
By Gretchen Smail
David Rudolf, Michael Peterson’s Attorney In 'The Staircase,' Is Still Practicing
By Taylor Maple and Morgan Leigh Davies
Get Even More From Bustle — Sign Up For The Newsletter