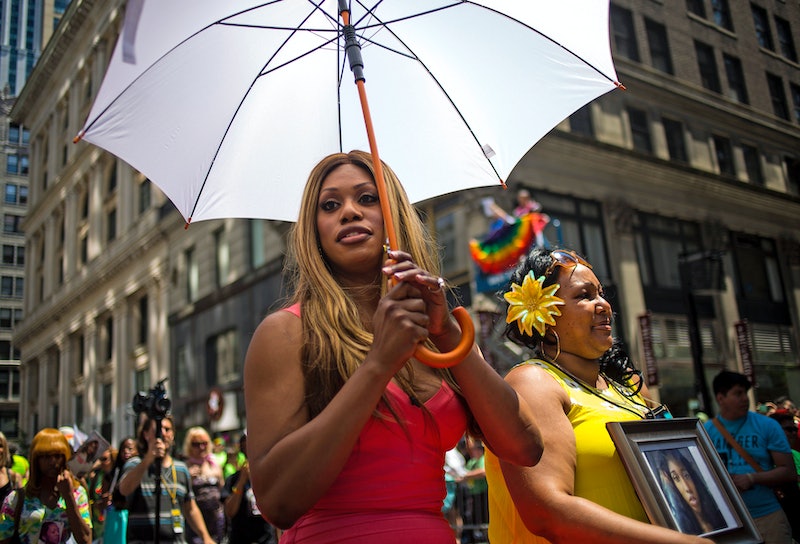 Now, instead of presenting proof of surgery, one simply needs a statement by a licensed healthcare provider stating that the new designation "accurately reflects the applicant's sex or gender identity." It's incredibly important, because many in the transgender community do not or cannot undergo surgery for a myriad of reasons — its exorbitant cost, because they don't want to, etc — forcing many people to be legally identified under a gender with which they do not identify.

The change came into effect on Monday, following December's City Council vote passing the legislation that would make it easier for transgender New Yorkers to correct their gender designation on birth certificates. The news was celebrated by LGBT advocates, and Empire State Pride Agenda Executive Director Nathan M. Schaefer told Huffington Post in an email:

Today is a proud day for New York City as we celebrate the long-awaited passage of a bill that brings us one step closer to creating a safe and equal place for transgender New Yorkers.

The New York City legislation, sponsored by City Council member Corey Johnson, came on the heels of New York State's passing of a similar bill in June 2014. As NYC holds a separate records system from the rest of the state, the city government had to shoulder an independent bill of the same nature. The state's legislation came into effect last week, announced Gov. Andrew Cuomo's office, days ahead of the city's.

New York City is home to a large transgender community, many of whom, despite the city's liberal and tolerant reputation, continue to face an inordinate amount of discrimination and harassment, particularly when they fail to present matching identification documents. But the acceptance of transgender people is moving — or more accurately, inching — forward. New York City (and State) joins other states that have eliminated similar gender-reassignment surgery requirements, such as California, Iowa, New York State, Oregon, Vermont, Washington State, and Washington, D.C.

And with this news, and most recently on the entertainment front, that Amazon's groundbreaking TV show Transgender won two Golden Globes on Sunday night indicates perhaps a a movement towards national societal acceptance of transgender people and their rights.