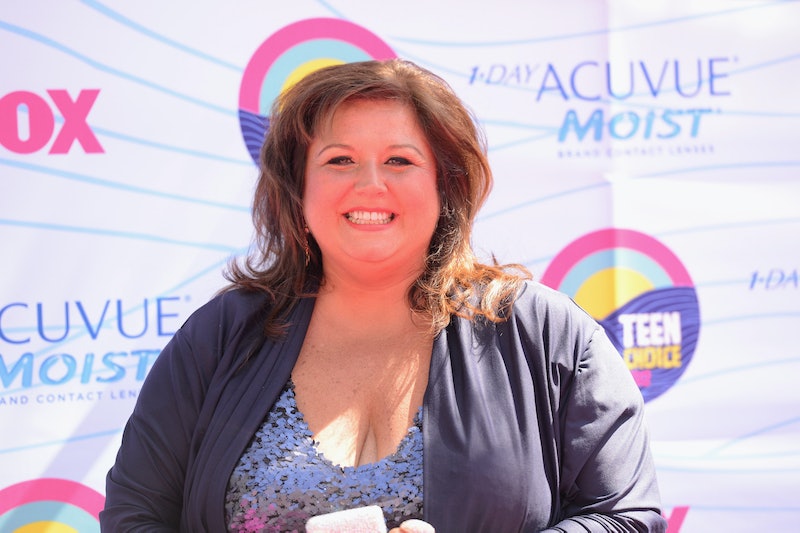 Tune into any episode of Dance Moms and you wouldn't find it hard to believe that one of Abby Lee Miller's students might eventually turn against the megalomaniac. In 2013, then Abby Lee Dance Company student and Dance Moms star Paige Hyland and her mother Kelly filed a lawsuit against Miller, alleging abuse and assault, respectively. As Deadline reported, ultimately, all charges against Miller were thrown out of court.

In November 2014, L.A. Superior Court Judge Ruth Kwan tossed Kelly's defamation and emotional distress claims, according to Deadline, along with Paige's emotional distress claim, out of court. Dance instructor Miller is known for being strict with her students and even more difficult with their parents. The show wouldn't be as salacious without the ongoing squabbles and tension between Miller and the Moms. It's shocking no one else has thought to file a lawsuit against her before.

The Hylands filed the lawsuit against Miller after she and Kelly had a physical altercation during a dance event in November 2013. The fight appeared in Season 4 of the Lifetime show. In the series, the two women bicker, Miller lunges at Kelly, and Kelly slaps her back. The worst part of the whole thing is that it all happens in front of the young dance team, including both of Kelly's daughters, Paige and Brooke. You can watch the fight as it was shown on Dance Moms in the video below.

After the altercation, Miller initially had Kelly booked for assault and harassment, but dropped the charges. Kelly then filed a countersuit three months later, seeking $5 million in punitive damages. She claimed that Miller attempted to bite her during the fight (which is visible in the clip) and believed the producers encouraged Miller to behave aggressively.

Meanwhile, according to E!, Paige's lawsuit claimed Miller subjected her to an abusive environment. The lawsuit stated, "Paige Hyland reasonably feared she would be physically injured because she had observed Miller physically batter other people on the show including physically pushing [mother] Kelly Hyland's face, pinching another student until she bled and violently grabbing another student by the arm."

Although the abuse and distress claims may have been put to rest, Judge Kwan allowed other complaints to move forward. The Hylands will proceed with their breach-of-contract case against Dance Moms' production company, Collins Avenue Entertainment. Of course, just because the courtroom battle is over, doesn't mean we won't hear about Miller's issues with the Hylands again on the reality series.

Miller might be out of the legal hot seat for now, but if the Hylands win the case against Collins Avenue Entertainment, who knows how that will affect Dance Moms.