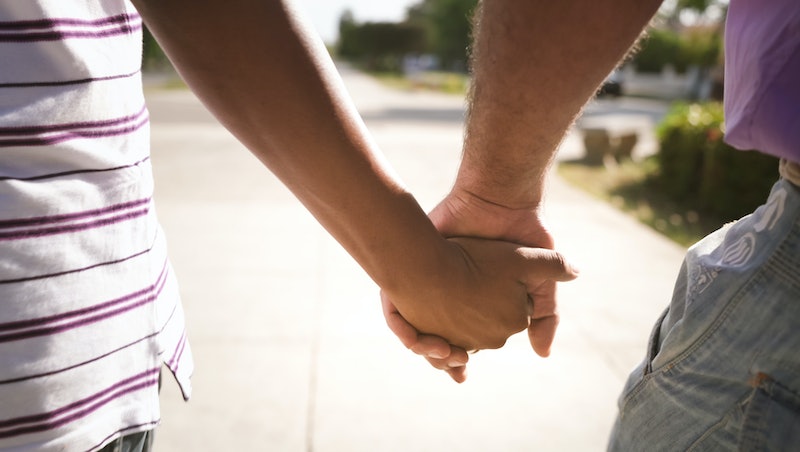 It’s all too easy to pretend that problems that don’t affect us personally don’t really exist, which I guess is where the idea of walking a mile in someone else’s shoes comes from. So when British entertainer DJ Iain Lee heard his openly gay friend talk about the street harassment he faces when he publicly shows affection to his boyfriend, the DJ decided to conduct a social experiment and see what would happen if two straight guys held hands in public. I would love to say that nobody paid them any mind or that they even received words of encouragement from strangers, but you read the title of this article so you know that’s not how things went down.

I know it sounds overly simplistic and probably naïve, but I honestly don’t understand why, in 2015, we can’t all just get over ourselves and be more accepting, or at least, not outwardly be jerks in public. Is that so hard? One woman said in the video (spoiler alert) that she didn’t have a problem with gay people, but she also didn’t want their sexuality “pushed in her face,” because holding hands and walking down the street, minding your own business is totally intrusive to other people and such a nuisance. Like what? I took that to mean, "I'm totally cool with gay people existing, as long as it's not in public where people can see."

Honestly, I could bet that if you walked down a street in any city (or large town) on a given day, you would find a whole hell of a lot stranger things than two unassuming dudes holding hands (looking at you, guy wearing cargo shorts and a T-shirt in the middle of January). On that note, my brief rant is over. Watch the video below for your unfortunate daily reminder that homophobia definitely still exists.