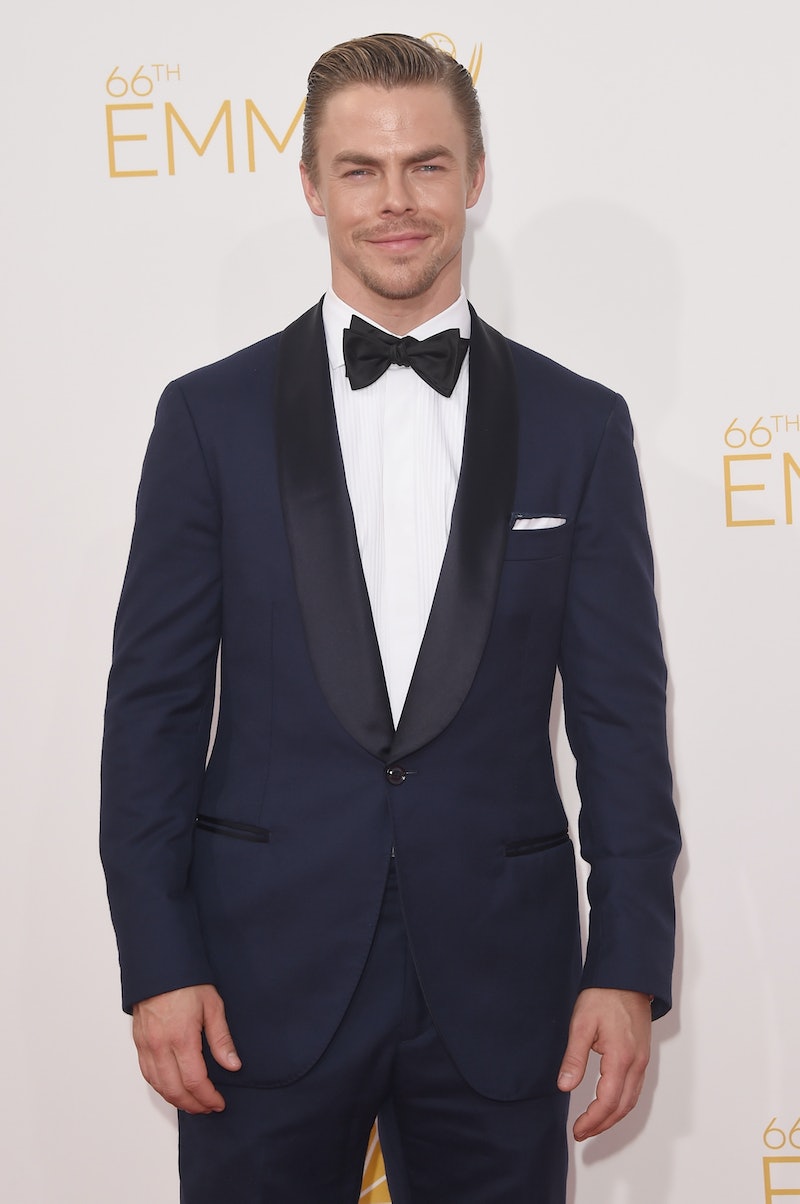 Are you sitting down, DWTS fans? We have some bad news and some good news for you. Derek Hough is leaving Dancing With the Stars , but so far, it's not a permanent departure. The longtime pro is taking a leave of absence for Season 20 in spring 2015 so he can work on The New York Spring Spectacular with Laura Bernanti. He will play the male lead, Jack, in the seven-week show at Radio City Music Hall, which also features the Rockettes, Whoopi Goldberg, Bella Thorne, Martha Stewart, Donald Trump, and other celebrities. The show runs from March 12 to May 15, so if he decides to return to DWTS for Season 21, he'll have a few months off in between the NYC show and the ballroom. While chatting with People, Hough said this is a dream come true and promised that fans will see "like nothing they've seen" him in before.

Bad news always comes in threes, and Hough's departure comes after judge Len Goodman revealed this will be his last season and Cheryl Burke dropped out of Season 20 to work on a new NBC show. However, his sister Julianne Hough is still on the judging panel and may be taking over permanently for Goodman next fall, and Derek's departure leaves a wide-open space for Maks Chmerkovskiy to return. Although the former pro said that his win with Meryl Davis was the end of his time on DWTS , with Derek out of the picture, maybe he'll change his mind. Fingers crossed, and bonus points if he brings along Davis. She could replace Erin Andrews as host while we're at it.