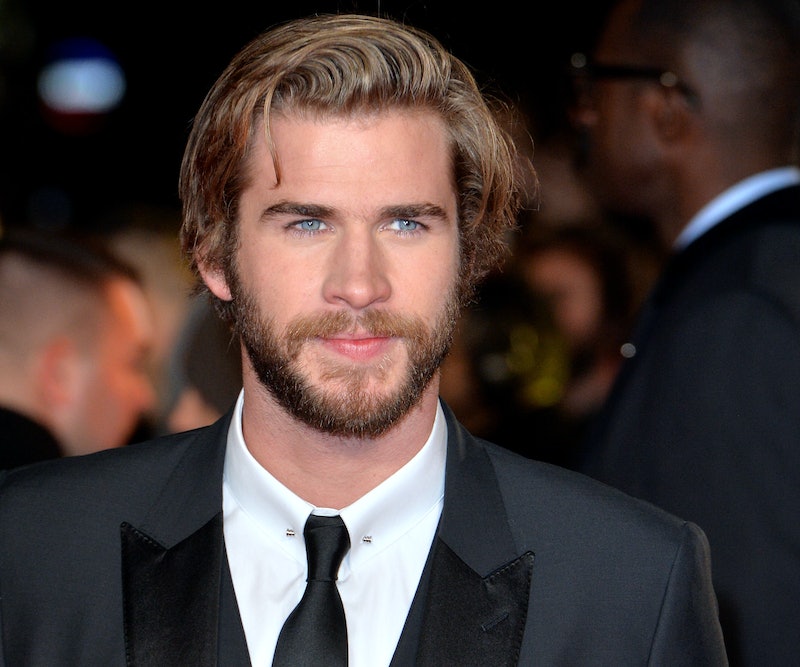 Most days I wake up applauding the Hemsworth parents for their genetic aptitude, but on Jan. 13, I throw them a parade. Why? Because it's the day that marks the birth of their last impossibly handsome son, that's why. This year, Liam Hemsworth turns 25, proving that he only gets better with age like a fine wine, or a Stamos. But, aside from his obvious, painful good looks, the Aussie has a lot of other things going for him, too. Like say, his acting abilities and his success thus far despite his young age. He's the full package, including a sweet yet shy personality that is a stark yet endearing contrast to his burly stature.

Since we've been graced with his existence for a quarter of a century now, it seems that we should offer up some kind of thanks or appreciation of all that he has to offer. But rather than give in to our shallow, surface nature, let's appreciate The Hunger Games actor for his humbleness despite his fame, and the sweetness that accompanies that sort of down-to-earth attitude. Here are some of Hemsworth's sweetest moments, in honor of his birthday. God bless us, every one.

When He Was Sentimental About the Little Things, Like Bodily Functions

When He Styled This Adorable Cake

I hope no one ate that. If there's any justice in this cruel world, that cake's being preserved at the Smithsonian now.

Fast forward to 2:05 for imminent cuteness.

When He Was So Freakin' Supportive

My God, when is their wedding?!

When He Expressed his Affinity for Woodland Creatures

When He Attempted to Tap Dance in High Heels

I need to know who manufactured the high heels big enough to fit his surely enormous feet.

When Someone Made This GIF of Him as a Cat

Is it weird that I wanna pet him?

When He Was Jazzed That He Won a Game of Hungry, Hungry Hippos

The action starts around 9:55.

Happy Birthday, Liam. We'd pinch your cheeks if we could.

More like this
10 Times Diana & Meghan Spoke Similarly On The Royal Family
By Sophie McEvoy
Scott Disick’s First Time Around Kravis Was “Awkward,” To Say The Least
By Jake Viswanath
The WAGatha Christie WhatsApp Messages Have Been Released — & They're Wild
By Sam Ramsden
Prince Harry Spoke Out About Archie & Lilibet’s Futures And What Worries Him The Most
By Sam Ramsden
Get Even More From Bustle — Sign Up For The Newsletter