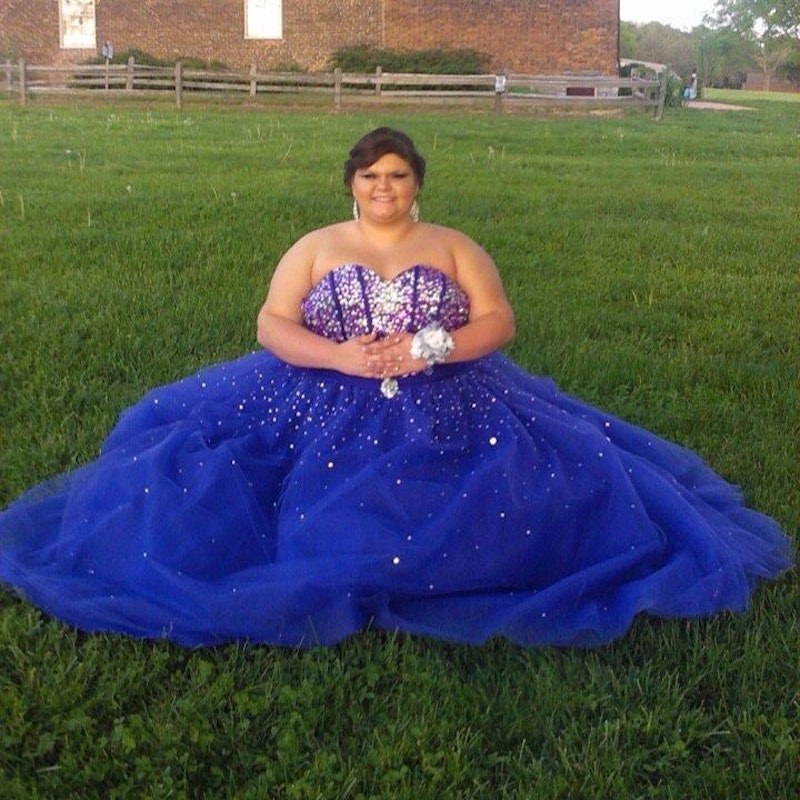 Cyber bullying is arguably the most cowardly form of bullying; the culprit can hide behind their screen and unleash emotional pain and suffering on their victim while not having to fear any repercussions. But in a pretty uplifting story, two such Internet trolls were shut down, and fast; a community rallied behind a teen being bullied for selling her prom dress online, and it's kind of restoring my faith in humanity.

Like many high school girls, Kristen Layne was set on finding the perfect dress for her senior prom. But in order to raise funds, Layne had to find a way to sell her junior prom dress from the previous year. So, Layne decided to post the dress in a Facebook group called “For Sale in Sumner County, TN,” where users can sell and bid on items. But after posting a picture of herself in her junior prom dress, two male Internet bullies took it upon themselves to post hateful comments on her thread, calling Layne fat and unattractive.

"I didn't understand why people who didn't even know her lashed out at her," Layne’s father told WSMV, but Layne's community wasn’t about to tolerate such awful behavior. Members of the Facebook group came to her defense, telling the men to stop posting mean comments, praising Layne for the way that she handled the bullies, and telling her that she was beautiful. And the community didn’t stop there — a GoFundMe campaign called “Kristen's Senior Prom Dress” was started in order to ensure that Kristen could buy a fabulous new dress. The campaign set a goal of $350 for the used dress, but in one day has raised more than $2,000. And the comments that fill the campaign’s page, all filled with warm wishes and encouraging Layne to forget the haters, are touching.

So I guess even though there are some really terrible people on the Internet, there are some pretty awesome and caring people online as well. Hopefully, the two cyber bullies have learned their lesson, and now know that their hateful antics will no longer be tolerated.