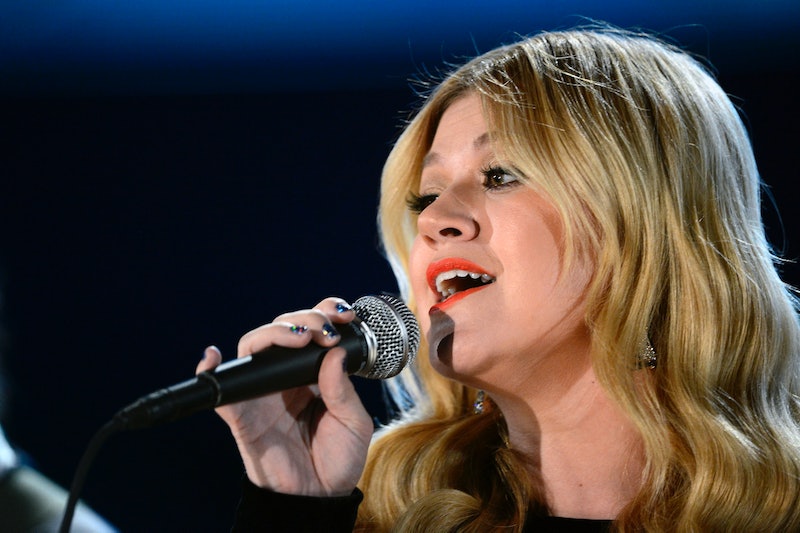 On Monday morning, in an interview with radio DJ Elvis Duran, Kelly Clarkson announced that her new album, Piece By Piece , will be released "around the first week of March." (She also mentioned that she'll be heading out on tour again this summer.) Wait... that's less than two months away! This news, in combination with the premiere of the singer's fantastic new single, "Heartbeat Song," has got me so pumped! How will I survive the wait, though? On the one hand, Piece By Piece is only a little less than two months away. But on the other hand... it's still almost two months away! What am I going to do?

Luckily for Clarkson fans, the Internet is loaded with hundreds of videos of her incredible live performances, and watching them should definitely make the wait for Piece By Piece a little bit easier. Whether she's singing her own song or putting a unique spin on someone else's, over the years, the 32-year-old American Idol winner has proven time and time again that she has one of the most powerful and diverse voices in the music industry. Even if you've enjoyed many of her live performances in the past, I can assure you that they're always worth revisiting. Listening to Clarkson's gorgeous vocals literally never gets old.

Here are 21 of Kelly Clarkson's best live performances to help tide you over until Piece By Piece arrives:

A beautiful, sad, and dramatic ballad.

I kind of doubt that she'll ever top this performance of "Since U Been Gone."

"Someone Like You" sounds great with a little twang behind it. Who knew?

She even manages to make "Miss Independent" sound good!

"Does He Love You" with Reba McEntire on American Idol (2002)

Bonus: The "banter" at the beginning. So amazing/embarrassing.

Her best "Breakaway" performance, in my opinion.

"My Life Would Suck Without You" on Operación Triunfo (2009)

Such an underrated song.

Even while likely experiencing problems with her vocal chords, she still killed it. (Bonus: Young Ryan Seacrest with some seriously frosted tips. Bonus Bonus: Brian Dunkleman.)

Pff, what a show-off.

Try to ignore her outfit. It's hard, but try. Also, why didn't this song smash??

The rage. I love it.

Betty Hutton's "Stuff Like That There" on American Idol (2002)

One of my favorite live performances of all time.