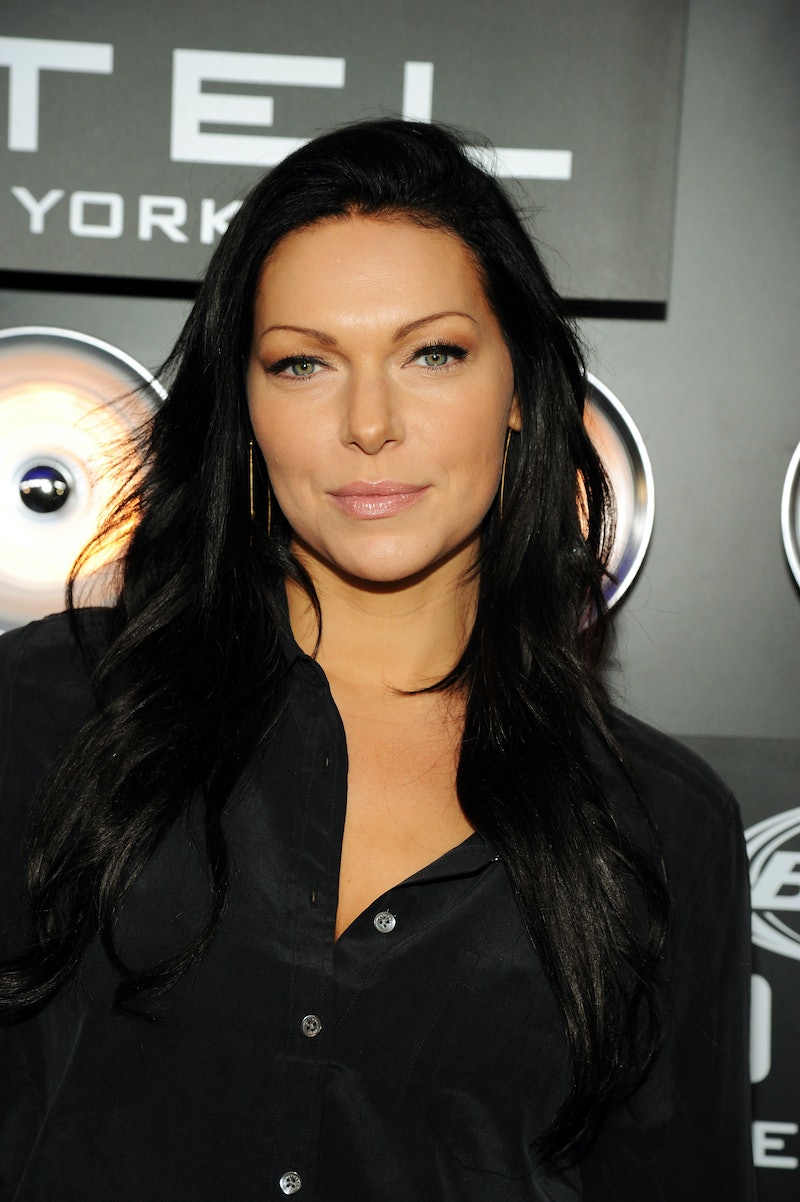 If anyone is capable of giving advice to women in prison, it's probably women who have actually been in prison, but that doesn't mean a certain Orange is the New Black actress isn't trying it out. That's right, Laura Prepon is giving Teresa Giudice advice now that the Real Housewives of New Jersey star has started her sentence. Prepon spoke with E! News about the housewife and what advice she has while Giudice is serving time. She might have been the last person you thought would be handing out tips on how to survive the system, but Prepon seems to know what she's talking about. Here's what she said:

Navigate the social hierarchy. There's definitely a hierarchy of where these women fall and you have to navigate very carefully through it. That's what I would say and also try not to shank anyone. That would not be good.

Obviously, her role as Alex has come in handy and taught her quite a few things. She seems to know a thing or two, at least in my opinion, because I wouldn't know what advice to give Giudice. As for Prepon's OITNB co-star Uzo Aduba, she, like me, didn't know what to tell E! News. She said,

I've never actually been to prison so I'm not one to give advice.

Currently, Giudice is serving a 15-month sentence at the Federal Correctional Institution in Danbury, Conn., which is the jail that inspired OITNB which is based on the real life Piper Kerman's memoir. If Giudice has access to a computer, I wonder if she'll take this advice to heart or just watch Orange is the New Black on Netflix?

More like this
JoJo Fletcher & Jordan Rodgers Got Married In A “Playful & Fun” Wedding
By Grace Wehniainen
The Richest 'Bling Empire' Cast Member Is...
By Hugh McIntyre
G Flip Shared How They Got Romantic With Chrishell Stause & Discussed Babies
By Brad Witter
Kylie Jenner Gave A Surprise Postpartum Update On TikTok In The Most Meta Way
By Grace Wehniainen
Get Even More From Bustle — Sign Up For The Newsletter