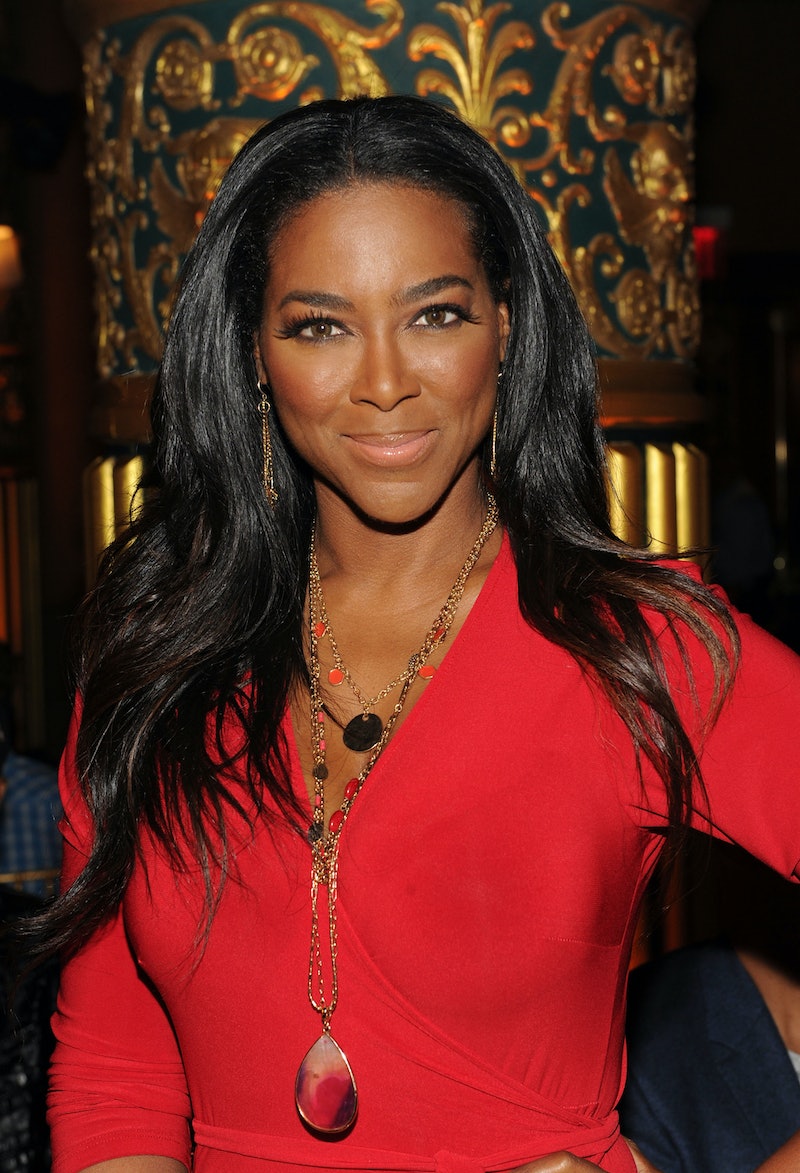 When you come after one of my friends, I am not your friend. OK, so, Lupita Nyong'o is not technically my friend in real life, but I love and respect her as an actress, and I have a problem with someone trying to tarnish the name of a woman who is generally perceived as one of the most humble, genuine, and kind actors in the game today. Responding to fans via her Twitter account on January 12, Kenya Moore blasted Lupita Nyong'o for giving her the cold shoulder during the Golden Globes this past Sunday.

Now, who is this Kenya Moore you speak of? She stars on The Real Housewives of Atlanta, if you're unfamiliar. I watch Real Housewives on occasion, and while I'm more partial to the New Jersey and New York editions, there is no doubt that the drama with the Atlanta Housewives often reaches some pretty epic levels. Do we need to revisit the showdown of Kenya Moore and Porsha Williams during the reunion special? I'll answer that myself and say "NOPE!" But the ladies on these shows like to start drama. There is no doubt that they are masters at it, and Moore is showing her shady ways once again by publicly calling Nyong'o out for something she was probably not even aware of.

I know I have professed Nyong'o's ethereal godliness before, and all the times Nyong'o has been a positive and glowing example to her fans, but she is in fact only human. There could be many reasons why Nyong'o refused to take a photo with Moore, and the first and most obvious one is that she was just busy with maybe, um, more important people. Being an award-winning actress at the Golden Globes sounds crazy to me, with so many fellow actors, press, and paparazzi shouting out your name and grabbing your body as if you were just a piece of meat. And if Kenya Moore approached Nyong'o out of nowhere, she might have just quickly turned around mid-conversation with George Clooney and reacted along the lines of this:

In Moore's first tweet, which now seems to be deleted, the reality star replies to a fan who tweeted her saying that Taylor Swift was sweet and that "@Lupita_Nyongo refused 2 take pics After 2 movies #girlbye." Well, Kenya dear, sorry to break it to you, but this sounds like someone just being really hurt that she wasn't recognized by an A-list star. Nyong'o does not owe anything to you or to have her career and personality attacked because of a supposed snub. It was probably nothing against you, anyway.

More like this
Everything To Know About 'RHONJ' Season 13
By Brad Witter
‘RHOBH’ Newcomer Sheree Zampino Is Still Close To Ex-Husband Will Smith
By Brad Witter
Taylor Swift, Kerry Washington & More Speak Out On Uvalde Mass Shooting
By Jake Viswanath
Kylie Jenner Roasts Kendall For Her Cucumber Cutting Skills On TikTok
By Jake Viswanath
Get Even More From Bustle — Sign Up For The Newsletter