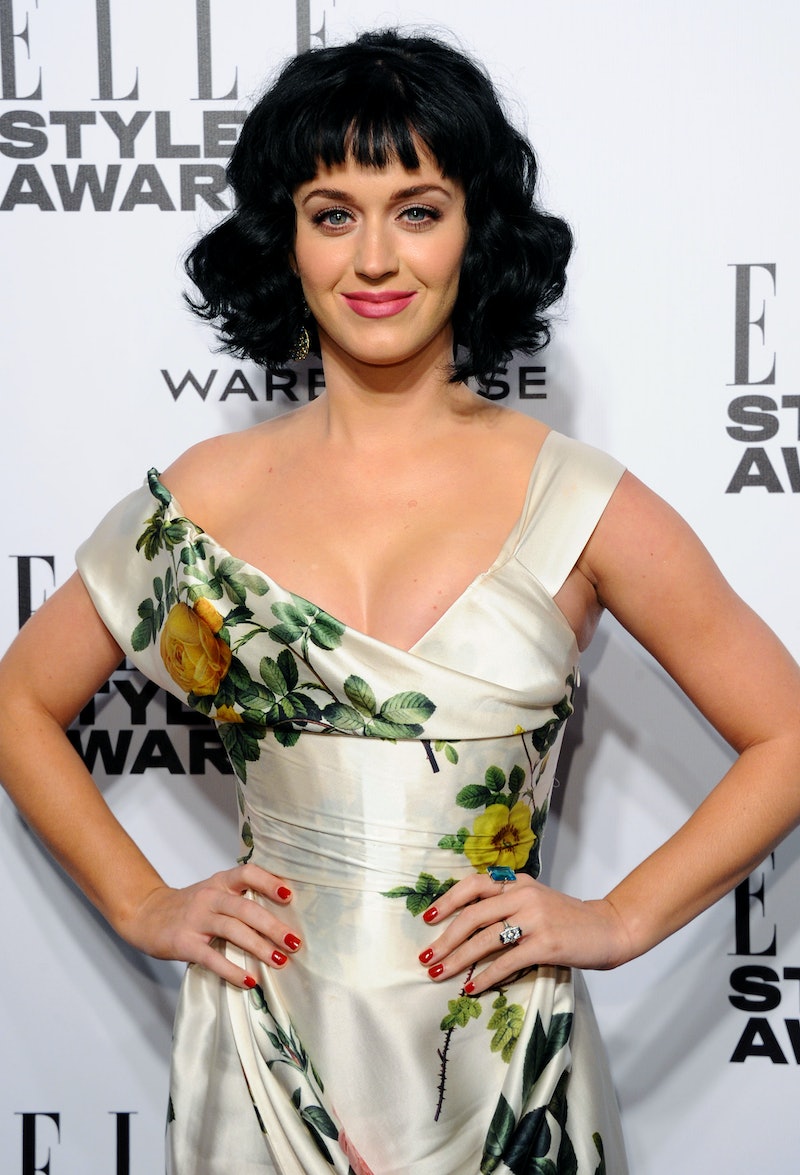 The campaign for Katy Perry's last studio album, PRISM, came to a disappointing end this past fall when the project's fifth single, "This Is How We Do," failed to take off on the radio. Sadly, PRISM just wasn't able to match the incredible commercial success of the 30-year-old pop superstar's sophomore album, Teenage Dream. Darn. Wouldn't it be nice if Perry had a chance to reassert her chart dominance in the New Year? Oh, that's right, she does: Katy Perry is performing at the 2015 Super Bowl. Duh! Wait a minute... Is she going to avenge PRISM's death by debuting a new, smash hit single during the halftime show?

I can't say for sure, but she's definitely giving fans hope! Check out what happened during the singer's recent interview with Entertainment Tonight's Kevin Frazier:

Frazier: "We hear there's gonna be a new song. There may or may not. Talk about something."

Perry: "I don't know where you heard that —"

Perry: "This place called the Internet where everything is true, correct, and valid? I think the speculation is very fun. And I don't usually like speculation, but I'm like, Hey! It's just, like, bringing everybody into the conversation, and you know, on February 1, you'll see what's actually gonna go down."

Fascinating. Skip to the 1:10 mark in the video below to watch the exchange.

Perry's up to something, people — or at least she better be! I'm gonna need more than a cameo from Lenny Kravitz to get me hyped for this halftime show.

Can you even imagine what might happen if Perry performs a new song at halftime? iTunes' servers would explode. Glitter and kittens would rain from the sky. I would almost certainly pee my pants! She just can't squander this massive exposure...right?