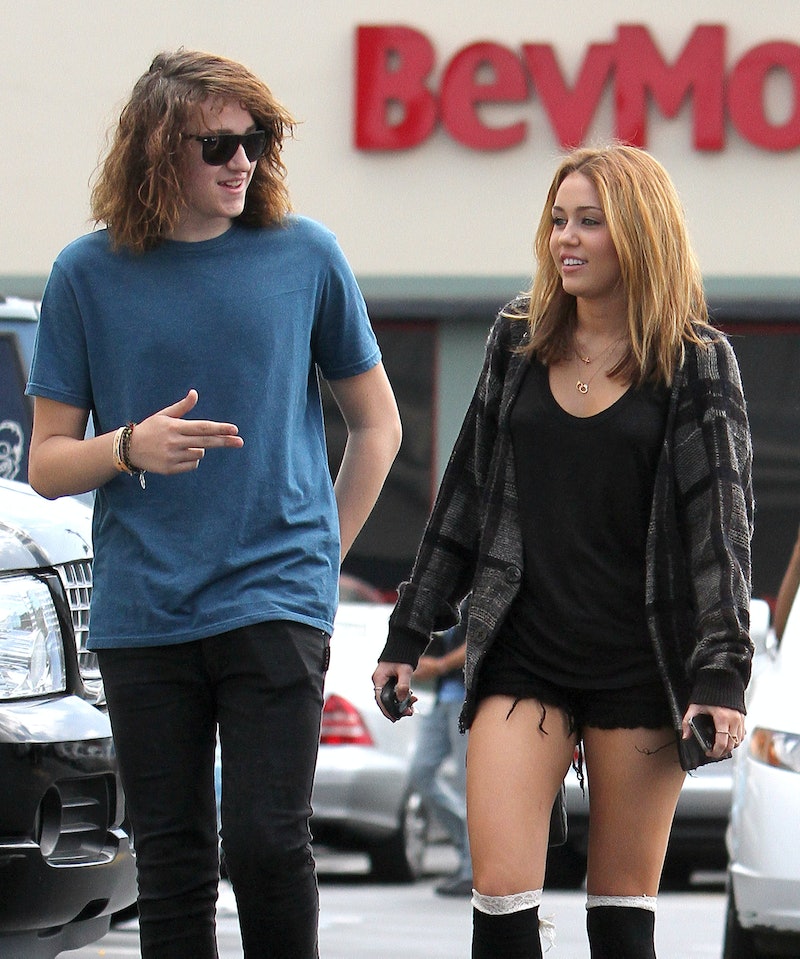 Miley Cyrus has a lot of siblings, so it's hard to keep track of the various Cyruses and who does what. But now we know one thing Miley's brother Braison is doing: allegedly, Braison Cyrus is dating Miley's boyfriend Patrick Schwarzenegger's sister Christina. Yes, you read that right. Miley's brother is supposed dating her boyfriend's sister. Well, that's interesting. I can't decide if it's cute or just really weird, but my opinion on that doesn't really matter.

I've heard the name Braison Cyrus before, but it's hard to know a lot about him given the plethora of Cyrus siblings and how much less famous they are than Miley. The combination of this story breaking and his modeling photos on Instagram make me think that he is about to have a major moment in terms of media coverage. I'm not saying he's going to reach Miley's caliber of stardom, but he is definitely a person of interest right now.

So, who is Braison Cyrus? What does he do? What do we know about him aside from his famous family? On a side note, I would die to know what Maria Shriver thinks of all of this. I wish I had some insight about her feelings of the Cyrus infiltration of her children. Just in case Shriver hasn't spent much time with the Cyrus kids, she can read this info to find out a little bit more about Braison.

He is the Second Youngest Cyrus

Braison Cyrus is Miley's 20-year-old brother. He was born in Nashville, Tennessee, and previously attended Pasadena School of the Arts. (For the record, the youngest Cyrus sibling is Noah, 15.)

He is a Model/Actor

Braison is signed to Wilhelmina Models, and made his modeling debut in 2012 when he was just 18. He did background work on his famous sister's former TV show Hannah Montana. Braison has also played in a local band. Aside from his Miley-related résumé bullets, Braison is listed as an actor in the 2015 project Heels . There is no plot info yet, but it is listed as a comedy. It will be interesting to see if Braison makes it big as model and/or actor.

He Loves His Siblings

Braison is very close with his siblings. He posts a lot of #tbts on Instagram with his sisters. He has been Miley's date to award shows and has accompanied her on tours. He and Miley even wore matching fur jackets. If that doesn't say besties, I don't know what does.

He & Miley Have Sibling Tattoos

When he was with Miley on the Bangerz Tour in Australia, the siblings got tattoos together in Melbourne. Who needs best friend jewelry when you can get something permanent like a tattoo to cement the sibling bond?

Braison's Instagram is full of his sketches. This isn't a huge shock considering that he did attend an arts-focused high school, but his work is great. Follow him to check it out.

There is not a ton of publicly available information about Braison Cyrus, but even though information is missing, at least pictures say a thousand words — and, thankfully, he's posted a ton of them online.