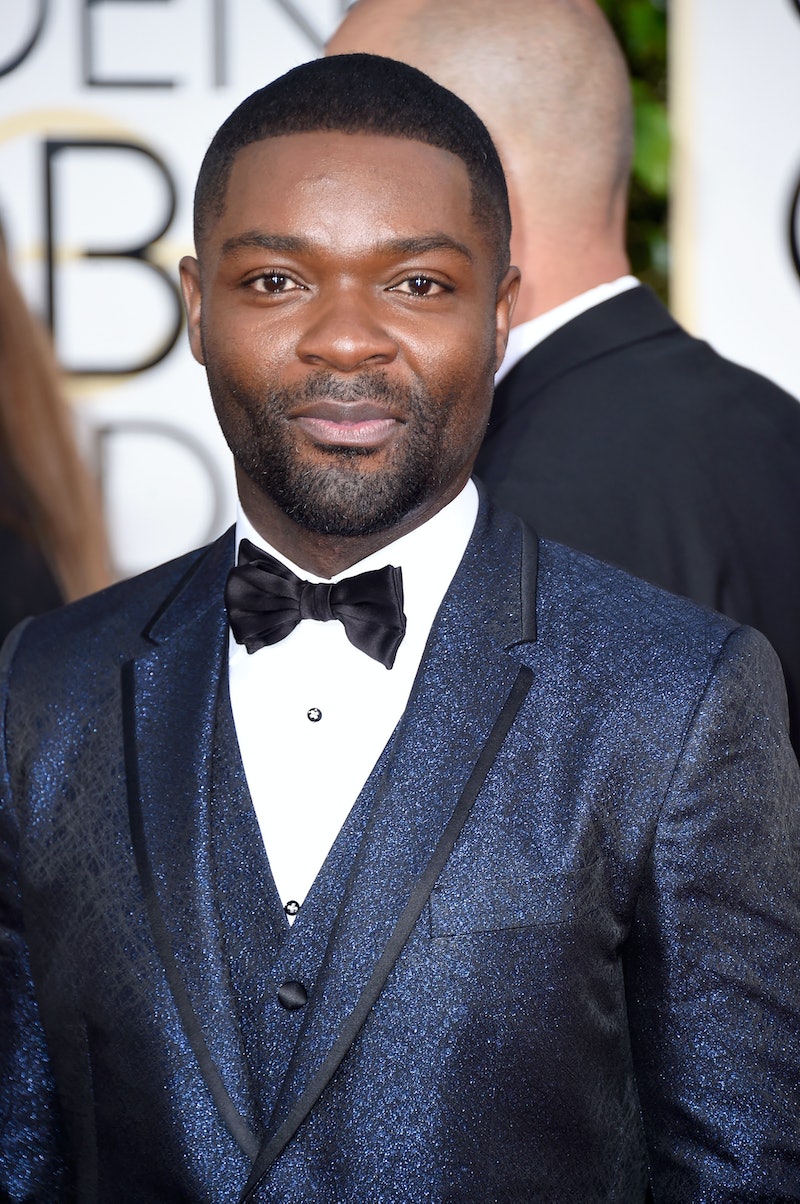 We've had ample time for the dust to have settled and I'm still in a state of horror and disappointment. Yes, the 2015 Oscars ceremony will be the whitest ceremony in the last 17 years, because not a single person of color was nominated in an acting category. Oh, sure, Selma's "Glory" got a nod for Best Original Song and Alejandro González Iñárritu was nominated for Best Director for his work on Birdman, but despite the sheer number of actors and actresses of color that we could see on our film screens in 2014, apparently not a single one of them gave a performance that was Oscar-worthy. At least, according to the Academy. Excuse me while I sigh.

The egregious racism that defines 2015's list of Oscars nominees has, thankfully, caused many people to respond with the appropriate outrage. But outrage isn't simply enough for me. After all, this large a snub might fool people who didn't go anywhere near a movie theater or a television all year into thinking that maybe no actors of color made any movies, and that's why they weren't recognized. Or, worse, that no actors of colors gave stellar performances in movies, even if the movies themselves weren't shameless Oscar bait. Allow me to correct that misconception before it even starts.

Here are 23 people of color that the Academy could have recognized for their talents... and didn't.

Do I even need to explain this one? Because I don't think I do.

As far as the critics were concerned, Annie was a trainwreck only saved by the amazing performance of the 11 year old Quvenzhané Wallis. This could have been her second Oscar nomination. Her second, you guys. She's not even a teenager yet.

Yeah, yeah, whatever, superhero movies need to be something really special to go over big at the Oscars. However, Mackie deserved some credit for being the newest Marvel hero to sign on to the franchise and being able to hold his own against the likes of old pros Chris Evans, Scarlett Johansson, and Samuel L. Jackson.

Benicio Del Toro already has an Oscar under his belt from 2001, but hell if he didn't deserve a nod for Inherent Vice. Guardians of the Galaxy not so much (see above note about superhero movies), but at least for Inherent Vice.

Guys, it's Oprah Winfrey. If she stands in front of a camera and blinks, she should get an Oscar nomination for it.

Sure, pretty much no one actually liked Unbroken, but Miyavi's first international acting role as Mutsuhiro Watanabe in an Angelina Jolie-directed film was seriously noteworthy. As Beyoncé and Obsessed taught us, you can be an amazing singer but a bad actor. Miyavi is amazing at both.

FILM: About Last Night, Think Like a Man Too.

About Last Night was really done the disservice of being largely painted as a Kevin Hart comedy in the trailers. The laughs came secondary to a truly poignant story of a relationship heating up, falling apart, and finding its way back to normal again — and Michael Ealy's performance as one half of that couple was epic.

Joy Bryant played the other half of the central couple in About Last Night, and she nailed the uptight straight man to Regina Hall's overdramatic silliness. And, ooh, the way she and Michael Ealy looked at each other throughout the film. If being able to smize can't win you an Oscar, then what will?

FILM: Beyond the Lights.

I'd give her an Oscar nomination for the sheer fact that her hair was purple in this movie, but it was also an amazing performance by Gugu Mbatha-Raw. Seriously, ask any critic. Even the ones who hate the movie the most will tell you that Mbatha-Raw absolutely shined here.

Chef might not have been big deal, or appropriate to watch when you're starving, but surely Sofia Vergara should have gotten a nomination for her role as Inez?

To me, Dear White People could have been to the Oscars what Jane the Virgin was to the Golden Globes: a surprise sleeper hit that would have added a refreshing amount of diversity to the list of nominees. Tessa Thompson lit up that film screen as Samantha White — and again in 2014 as Diane Nash in Selma.

Tyler James Williams was another stand out actor in the sociopolitical comedy Dear White People. He might be most famous for playing Chris Rock in Everybody Loves Chris, but the Oscars missed their chance to help Everyone Love Tyler by nominating him for his great work.

Not only is Chadwick Boseman playing Black Panther in the upcoming Marvel film Captain America: Civil War, but he also had the honor of portraying James Brown in the biopic Get On Up. His performance was also the most praised part of the entire film, not that the Academy noticed.

Foxx is mainly a comedic actor, but he spent 2014 showing off his impressive range with an action superhero movie, a musical drama, a straight up comedy, and voice acting. He deserved a nomination for that.

FILM: Get On Up, The Disappearance of Eleanor Rigby: Them.

If we're handing out awards for performances in Get On Up, then we can't do without giving a nod to the ever-wonderful Viola Davis. Plus, this could have been the Academy's chance to undo the grievous error the Golden Globes made when Davis lost the award for How to Get Away with Murder to The Affair's Ruth Wilson.

To be honest, I'm not even a fan of Tyler Perry. I just wasn't expecting him to be that great in Gone Girl, after so many years spent watching him dress up to play Madea. I'm glad that Rosamund Pike got a nomination for her performance, but couldn't we have sent some of that Academy love Perry's way?

Maya Rudolph has such an impressive acting range that it is incredible to me that she has not only never been nominated for an Oscar, but also has only ever won one award over the course of her career: an MTV Movie Award for Best Gut-Wrenching Performance.

We're all still bitter about The Lego Movie being snubbed, but, considering Morgan Freeman was carrying all the parts of Lucy that Scarlett Johansson wasn't carrying, you'd think he'd be on the nominees list for like the thousandth time.

FILM: The Other Woman.

Top Five might have been a comedy film, but it was almost surprisingly emotional and poignant for a comedy movie. Chris Rock, subsequent pun intended, totally rocked that ensemble cast and stood out among them as a clear star deserving of an Oscar nomination.

Bradley Cooper wasn't the only good actor in American Sniper, you know. Hardrict played a supporting role as Dandridge a.k.a. D that should totally have qualified him for Best Supporting Actor. Then again, diversity at the Oscars is not to be expected. They just proved that Thursday morning.