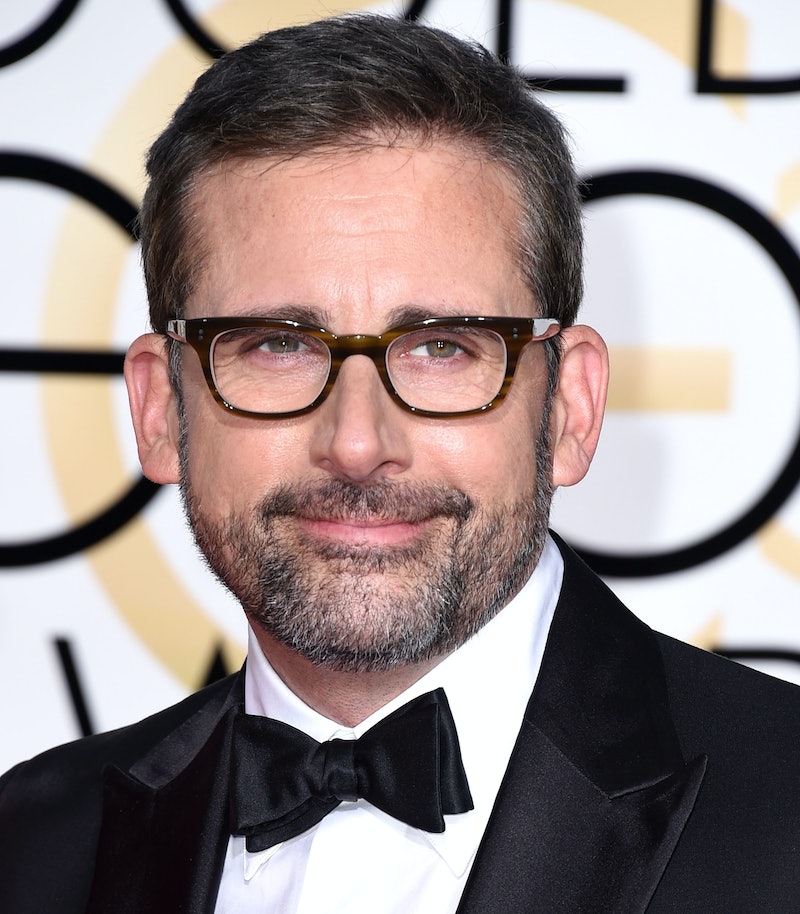 Alert: one of the funniest men on this planet just scored an Academy Award nomination. That's right, Steve Carell is nominated for an Oscar for his role in Foxcatcher. Did you ever think the day would come when we'd see Carell at the award ceremony of all ceremonies? I couldn't be more thrilled for my man Steve. Ever since his days on The Office as Michael Scott, I haven't been able to get enough of Carell, his acting talent, and his comedy that never fails to make me laugh and cry, all at once. He's one talented man, so I'm not really surprised that he's now up for an Academy Award.

Carell couldn't be more thrilled and honored for the nomination, as he revealed on Twitter Thursday morning, but how do you think Michael Scott would react to receiving an Oscar nomination? There's no doubt he'd feel a range of emotions. If you're an Office and Michael Scott fan, you know he'd be jumping for joy and making some of the most off the wall comments about his nom.

With that said, here are 16 possible ways Michael Scott could react to being nominated for an Academy Award, which I'm sure he'd appreciate even more than his "World's Best Boss" mug.

He'd Have No Expression, Because He Doesn't Know How to Feel

He'd Be Super Pumped About All the Free Swag

He'd Book a Vacation to Sandals

He'd Freak Out If Someone Said, "Just Kidding"

He'd Hug the Closest Person Next to Him

He'd Bash Anyone Who Was Not Happy With His Nod

He'd Talk About Why He's Liked

He'd Go On and On About This Being His Dream

Lastly, Of Course, He'd Say This, Because He Can