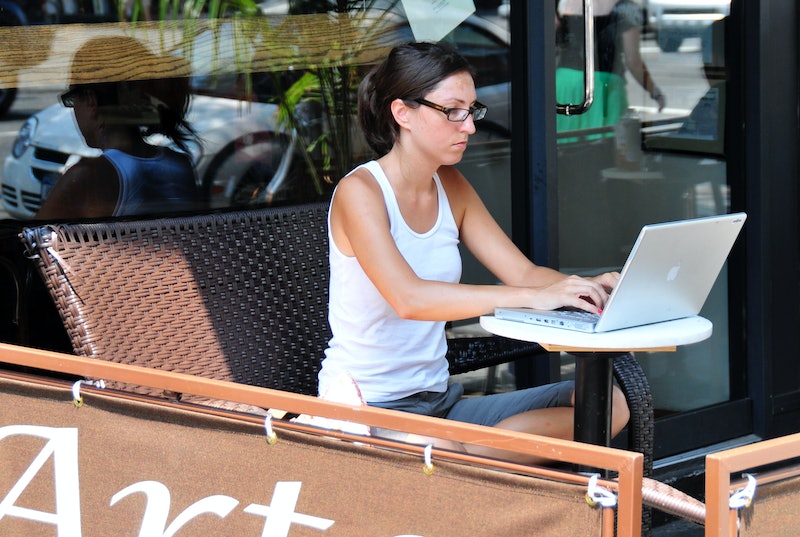 It's a thought you've probably had once before: "I have a great short story idea." Often, that thought is followed up with "a short story can't be that hard to write, right?" Yeah! Carve out a few hours on a Saturday afternoon, start the coffee pot, open your laptop, and hit those keys. Yeah, right. That's all well and good until distraction decides to hit you from every direction. Until you realize your story idea blows and you're not really as brilliant as you thought. Until you've written your character into a corner and there's nowhere for her to go.

Pulling off a brilliant short story is no easy feat. There's been much debate on whether the short story is actually harder to write than the novel, and in many ways it is: you have to create beautiful, intricate characters in a limited word count. Many writers agree — it takes great effort to create a powerful meaning in such a small space.

If you're like me, you know the struggle of sitting down and facing the many stages of the writing the first draft of a new story, from brilliant conception to complete writer's block to ultimately surrendering and letting the story be. They probably look a little like this:

1. You're out for drinks with your friends, swapping stories from your week, and you randomly shout, "That would be a great idea for a short story!"

You spend the rest of the night plotting the story in your head and thinking of unique character names.

2. You talk with everyone about how great your new story idea is

Your friends' reassurance that you're brilliant is just what you need to get started. Time to hit the keys — this story isn't going to write itself!

3. Your opening sentence is so beautiful you could weep

Who knew the morning dew glistened in the same way the tears did on her cheeks? The metaphors are just pouring out of you.

4. You don't write for a few days so you can "think on it some more" (aka you have writer's block already but don't want to admit it)

You just don't want to burn out too fast, y'know? Pace yourself. Mull it over. Go to the movies. Go for a run. Then watch some trash TV, all of it under the guise "character research."

5. You keep the doc open permanently so you can say you are "working" on your story while you refresh your Facebook News Feed

If you open Word at least once an hour and keep re-reading the last sentence you wrote, that still counts, right?

6. Stare at your nearly blank page, your blinking cursor, and slowly descend into madness

You will never write anything good ever again. Why do you even try? Just order a pizza and call it a night.

7. Go off to Starbucks to buckle down and get some real writing done

You just need to get out of the house, that's all. Too many distractions at home. Plus, there's gotta be a reason so many people write in coffee shops, right? There must be some magical inspiration fairy dust laced in those lattes.

Then you'll definitely get back to your story, promise.

9. One of your Facebook friends shares the latest New Yorker short story. You read it and boil with jealously and shame. You go into beast mode and write a climax that is complicated and intricate. That's the stuff!

Nothing like a healthy feeling of competition to motivate you!

10. Wait. There's no ending to this story. Better start revising from the beginning

Maybe if you read over every sentence carefully, you can pinpoint when this suckfest started.

Does every writer struggle this much, or are you just particularly bad at this?

12. Sit in traffic, or in line at the grocery store, and let the ending to your story hit you from out of nowhere. How could you not see it before?

Duh. Of course that's what happens. It's poignant and unsettling yet resolves the plot just enough. #winning

13. Write out that ending that you thought was brilliant, except now when you read the whole story together, it doesn’t make any sense

Well... that took a weird turn. It's way too overdramatic and dark. Is this even the same story anymore?

14. Change the tense again, maybe that's the problem. Add a weird flashback that reveals a major character flaw. Make the protagonist go home to see his family. A trip home is great for igniting an epiphany!

It's thisclose to feeling finished, but there's something about it that's not right. More interiority, maybe? Do the characters feel "real?" What does that mean? Are you even real? Yep, time for a break.

15. Finally just let go of the story and have your friends, family, neighbors, coworkers read it

It's a first draft. It's supposed to be terrible. Embrace it.

And, um, locate the alcohol, because you have a long road of revision ahead.