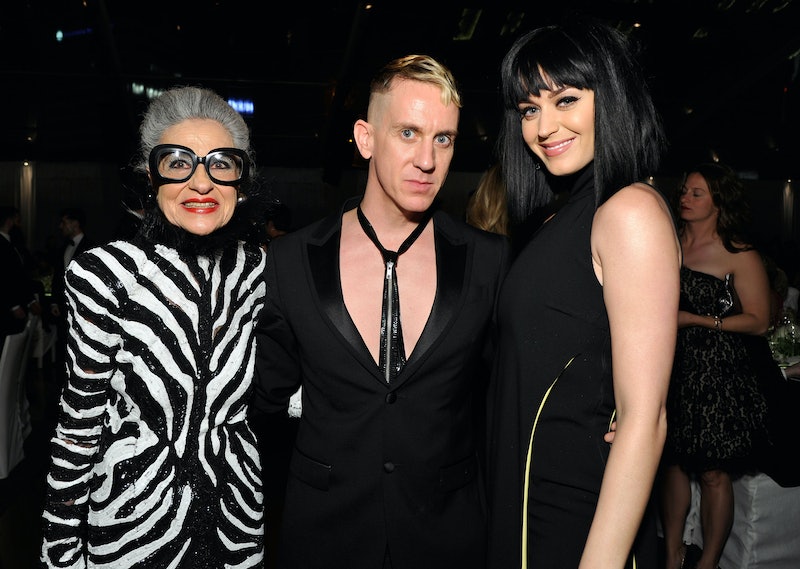 This past Halloween was momentous. Not because it was particularly spooky, but because Katy Perry dressed up like a Cheeto. While other stars were busy dressing up in sexy costumes—Emma Roberts as her aunt in Pretty Woman, Kylie Jenner as a sexy version of Chucky's bride Tiffany, and Nicki Minaj as a sexy teacher's pet—Katy was busy emulating my favorite cheesy snack. Cheetos bag included. Her costume was so popular in fact, that it started a whole meme.

In October of 2014, it was announced that Katy Perry would be performing during the halftime show at the Super Bowl. And we're stoked. And as excited as we are to watch her sing, dance, and do her thang, we're just as excited to see what's in store for her costumes. We all know her to have an over-the-top sense of style, and who better to design her ensembles than Jeremy Scott himself?

Jeremy Scott, creative director for Moschino, has proclaimed Katy as his muse for his own designs and the two BFFs both share a love for the colorful and unexpected. This couldn't be a more perfect fit, as Katy has walked for Jeremy's Moschino show in the past during Milan Fashion Week.

We can't say for sure what she'll be wearing, but we can definitely expect lots of glitter, a rad color palette, and hints of Moschino, whether that be McDonald's Golden Arches or serious hints of Barbie. So I may not be tuning in right at kickoff, but I'll definitely be paying attention at 8:00 PM, when halftime starts.